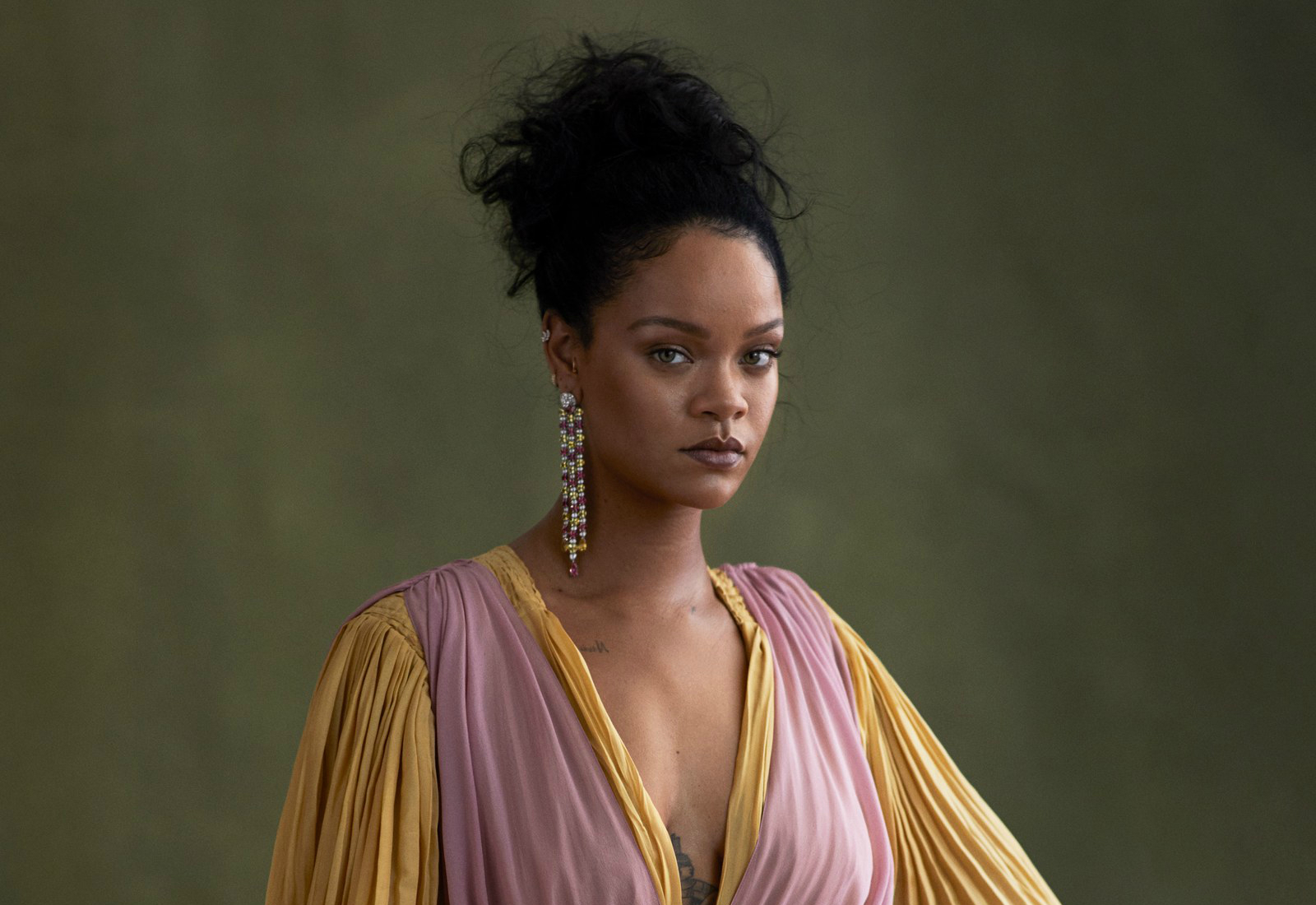 Though she’s been busy with her FENTY line, it seems like Rihanna has not been short of work. The superstar singer has finally done an interview and it’s for VOGUE’s November issue as she rocks luxurious garments from Alexander McQueen, Gucci, and Dolce & Gabbana. In the new edition of the magazine, RiRi got political, spoke about President Trump (describing him as the “most mentally ill human being in America”), her love life, having kids, her clothing brand and more.

On the subject of music, she said she hasn’t locked in the studio but is working on records and they will have a reggae-inspired tune to them:

“I like to look at it as a reggae-inspired or reggae-infused album. It’s not gonna be typical of what you know as reggae. But you’re going to feel the elements in all of the tracks. Reggae always feels right to me. It’s in my blood. It doesn’t matter how far or long removed I am from that culture, or my environment that I grew up in; it never leaves. It’s always the same high. Even though I’ve explored other genres of music, it was time to go back to something that I haven’t really homed in on completely for a body of work.

I have been trying to get back into the studio. It’s not like I can lock myself in for an extended amount of time, like I had the luxury of doing before. I know I have some very unhappy fans who don’t understand the inside bits of how it works.

We always went into the music this time around saying that we were going to do two different pieces of art. One was gonna be inspired by the music that I grew up listening to. And one was gonna be the evolution of where I’m going next with music.”

“Yeah, I’m dating. I’m actually in an exclusive relationship for quite some time, and it’s going really well, so I’m happy.”

She also said “without a doubt” she wants to have kids as well.

So proud to be on another cover of @voguemagazine wearing my own designs from @fenty !!! On stands October 16th! Photographer : @ethanjamesgreen Fashion Editor: @tonnegood Hair: @yusefhairnyc Makeup: Kanako Takase

Our November cover star @badgalriri has left her mark on music, design, beauty, lingerie—and now she’s upending fashion at the highest levels. Tap the link in our bio to read her full cover story. Photographed by @ethanjamesgreen, styled by @tonnegood, written by @abbyaguirre, Vogue, November 2019.

You can read this and a whole lot more in the new issue of VOGUE or go to their website and learn more about Riri HERE.