Ryan Leslie – The Wonderful Ones

Later this year, Ryan Leslie will be releasing his MZRT Lifetime Album, in follow-up to the original MZRT project in 2015. Above, the DMV singer-producer and songwriter heads outside the states to tap Brazil supermodel Daniela Braga in his latest music visual, “The Wonderful Ones.” As R-Les battles with temptations, while moving higher into the Forbes list, as well as new ventures for increased wealth opportunities, watch him enjoy an exotic vacation with his 24-year-old lady. 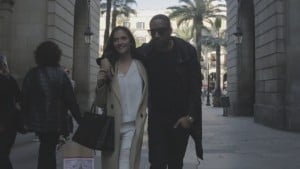