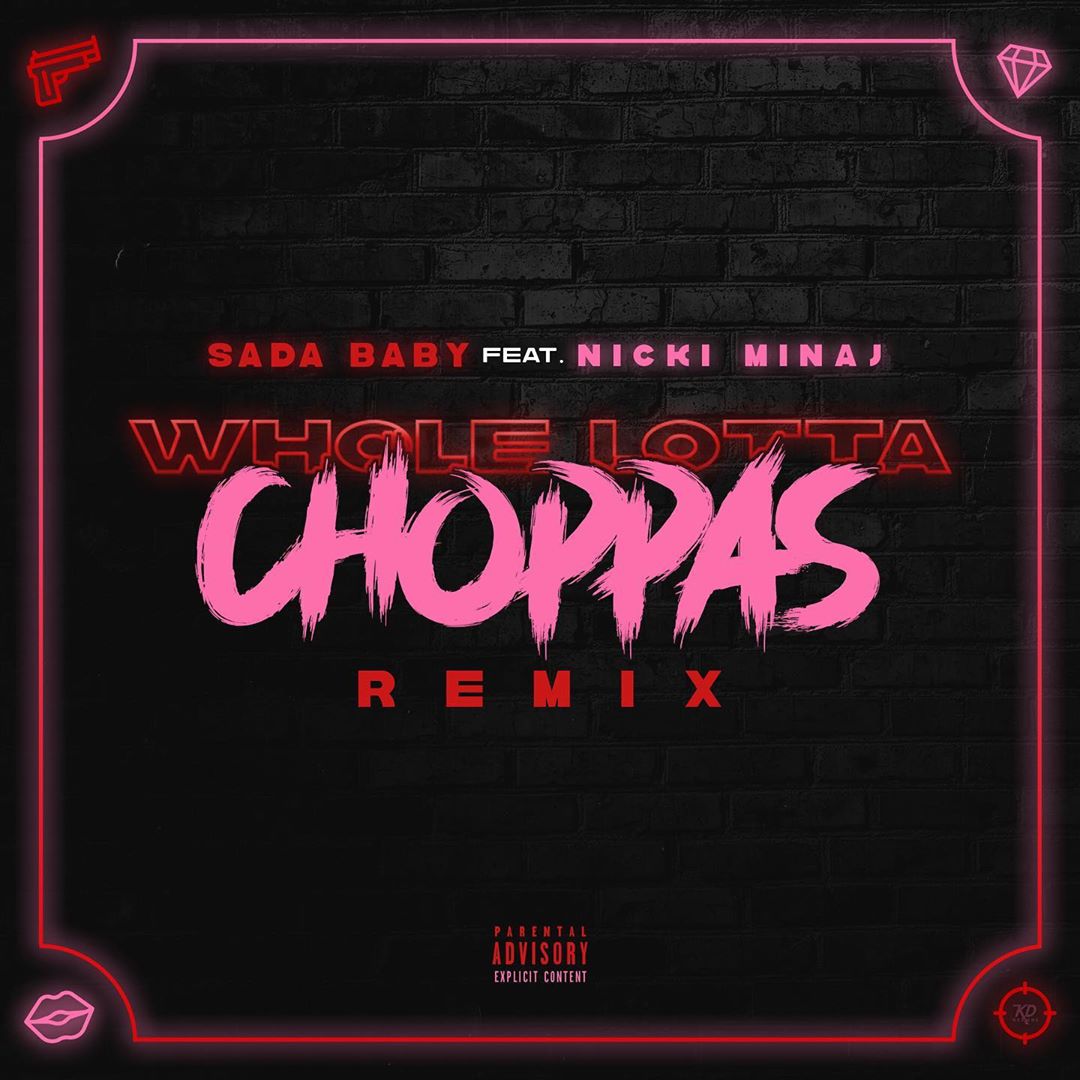 Sada Baby, Nicki Minaj ‘Whole Lotta Choppas Remix’ song, is the Detroit rapper’s long-awaited remix with Queen Onika. Earlier this year, the mid-west rep scored a street gem, with his original release for “Whole Lotta Choppas.” The cut became so big, that Sada Baby is readying a follow-up to his third project of the year, Bartier Bounty 2.

One mo day til lift off…. 🤞🏽🦍 my whole body of work got me here not just one song and Friday ima shock the world.

Thank you to Queen B, Kim & Ye, Riccardo Tisci, Winnie, Karol & everyone who sent well wishes during this time. It meant the world to me. I am so grateful & in love with my son. Madly in love. My favorite liddo boy in the whole wide world. 🥳🧸🎁🎈

Sada Baby is Detroit’s most charming rap star. With unforgettable similes and electrifying dances, the rapper has become one of his city’s brightest stars through natural charisma. Onika Tanya Maraj-Petty, known professionally as Nicki Minaj, is a Trinidadian-American rapper, singer, songwriter, actress and model.