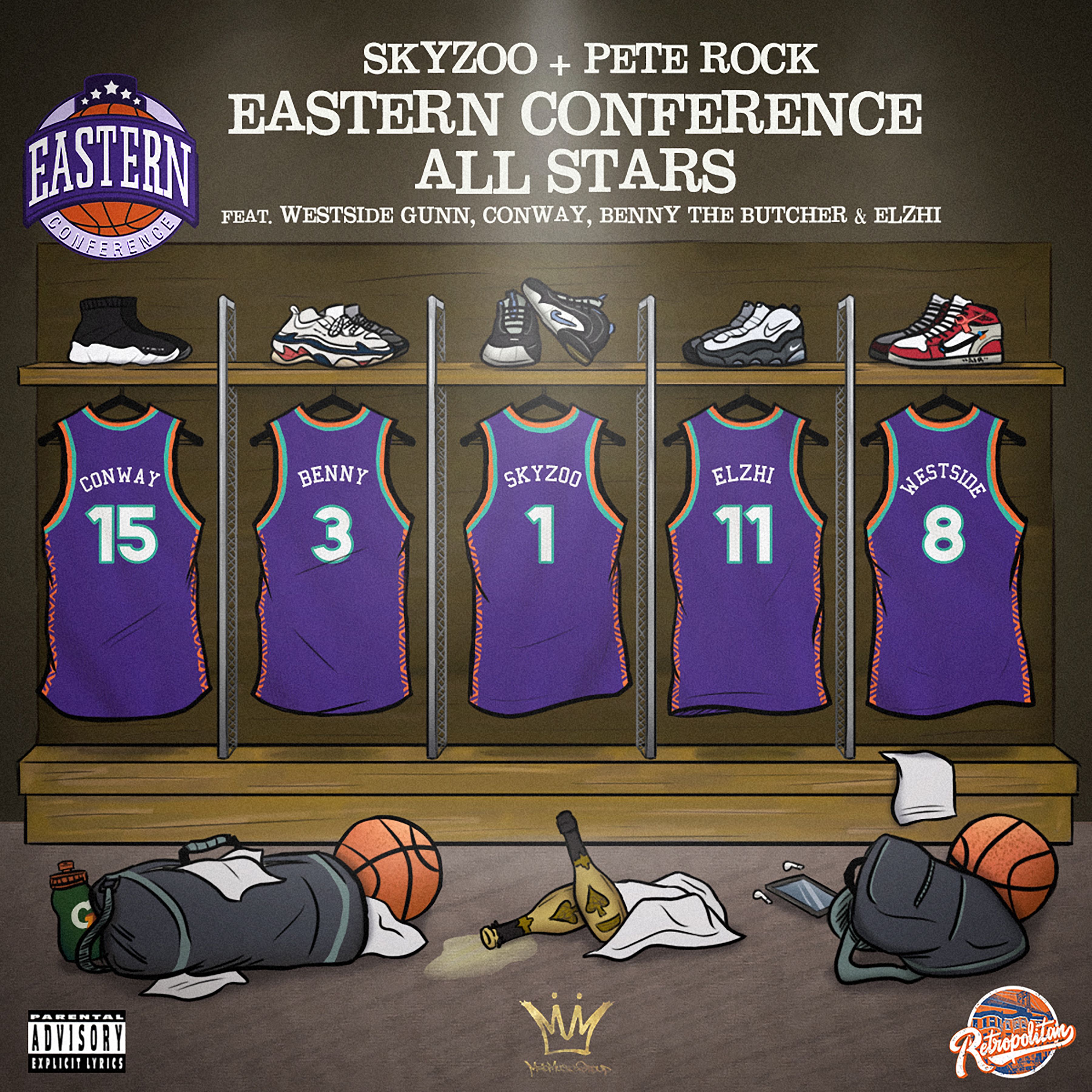 Skyzoo and Pete Rock have teamed up for a collaborative album that’s dropping later this month.

For their latest single “Eastern Conference All-Stars,” they’ve teamed up with Westside Gunn, Conway, Benny the Butcher and Elzhi, who all provide verses. The addion of the three Griselda emcees and Detroit rapper make it an all-East Coast lineup.