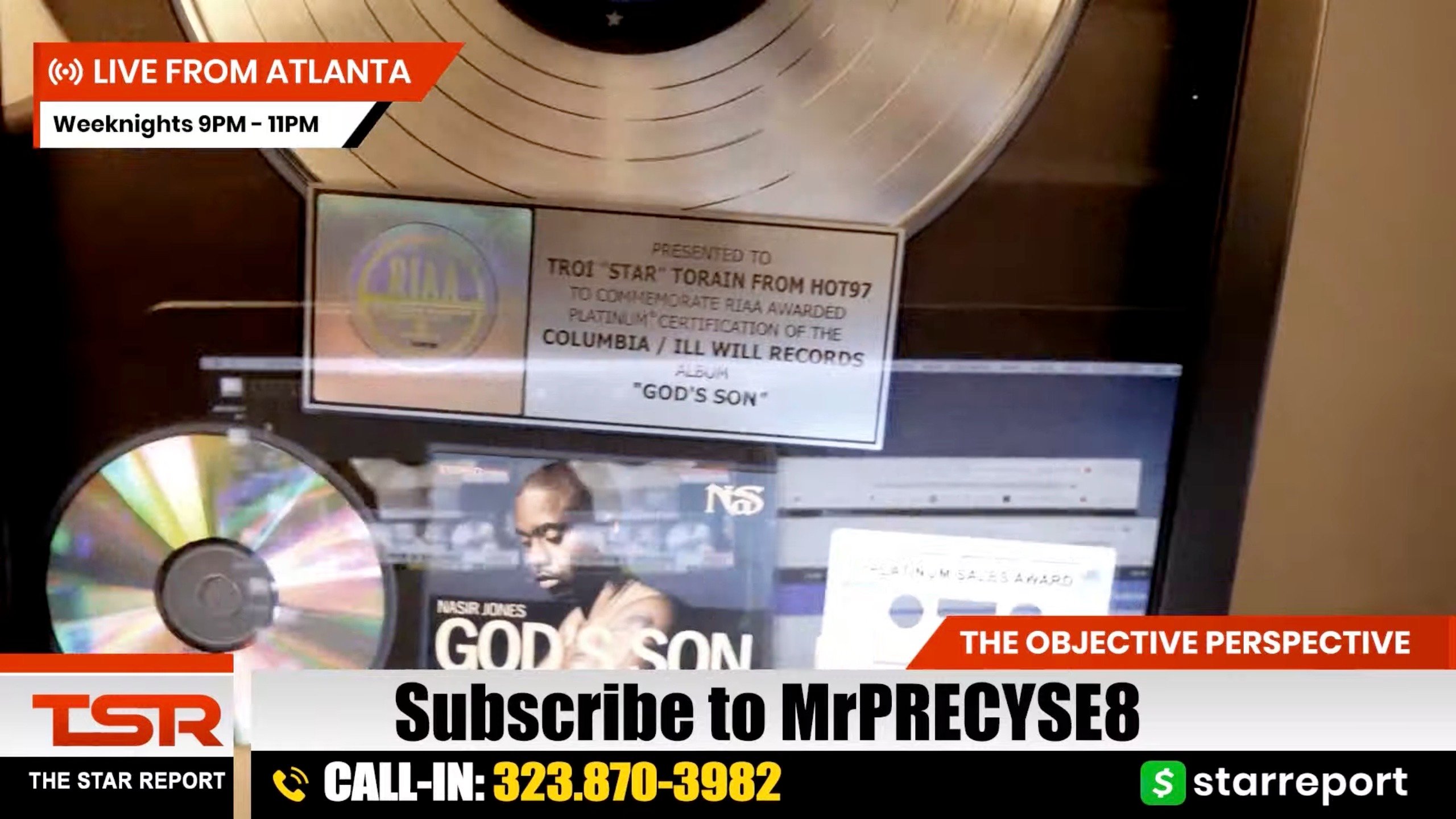 Star spits Nas album plaque, which was originally gifted to him for being the only person to go against Hot 97 and support him. On the most recent episode of the Star Report, Star had disgust for the city of New York. This came to head this week, when the New York Times named Kendrick Lamar the best rapper of this generation.

For a Los Angeles rapper to be featured on the NY Times as the best, is a huge reality check on the birthplace of hip-hop. To further things, Star put huge respect on Tyler, the Creator, another west coast artist.

However, at the 1-minute mark, Star took a moment to vent about the most recent Nas collaboration, which featured 21 Savage. Disgusted with Nas not taking to the booth to air 21 Savage like years past, Star has been vocal about him mentioning Doja Cat for her words last year.

Below, you can take a look at the viral moment from the King of Media, where he decides to spit on the plaque of Godson that was gifted to him.