Tekashi 6ix9ine Released From Prison Early Due to Coronavirus 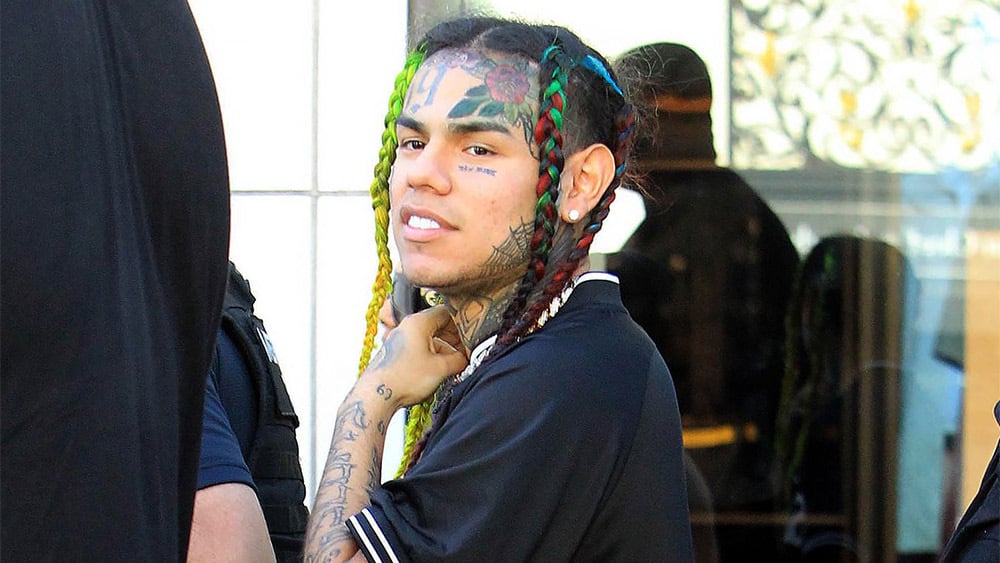 Rumors were circulating that Tekashi 6ix9ine would be out of prison early (this week) and they have come into fruition today. After a series of appeals, the New York rapper has been released ahead of his August 2 court date after serving time for racketeering conspiracy, firearms offenses and narcotics trafficking.

Due to the COVID-19 pandemic, 6ix9ine will now be serving the remainder of his four-month term in home confinement under government GPS surveillance.

#Breaking: It's done, Judge Engelmayer's order on #6ix9ine has just come out, US asked that it be delayed: 69 "shall serve the first four months of supervised release on home incarceration, to be enforced by GPS monitoring, not to be docketed until 4 pm April 2" pic.twitter.com/oMX6NT77IW

Tekashi will have to pay a fine of $35,000, have to complete 300 hours of community service and be on supervised release for the next five years.

Judge Paul A. Engelmayer originally denied his early release request because he believed he needed to appeal to the Bureau of Prisons, but according to his lawyer Lance Lazzaro, Tekashi needed early release for health concerns:

“ [Daniel Hernandez] has asthma and has regularly been hospitalized due to serious asthma attacks. Mr. Hernandez has been complaining to prison officials this week of shortness of breath, but apparently the warden of his facility will not allow Mr. Hernandez to go to the hospital despite the recommendation of the facility’s medial director that Mr. Hernandez be treated by a doctor at a hospital.”

His lawyer also added that he will not be going into the witness protection program and will continue making music upon his release from prison.

“What he’s gonna do is, he already has that advance for 10K Projects. So he has to put out a Spanish album and an English album. So that’s what he’s going to be working on. We were actually trying to figure out the logistics of how that’s going to work. It’s more difficult because of the coronavirus, because you don’t want strange people coming in to set up a studio where he’s going to be. He already got an advance for all those millions of dollars, so he’s gotta put out those two albums as soon as possible. I can confirm that from Bob.

“So far, I haven’t seen any restrictions about him not being able to go on social media. Obviously, it has to be in good taste. No more trolling.”

6ix9ine is home and a free man, ladies and gentlemen.