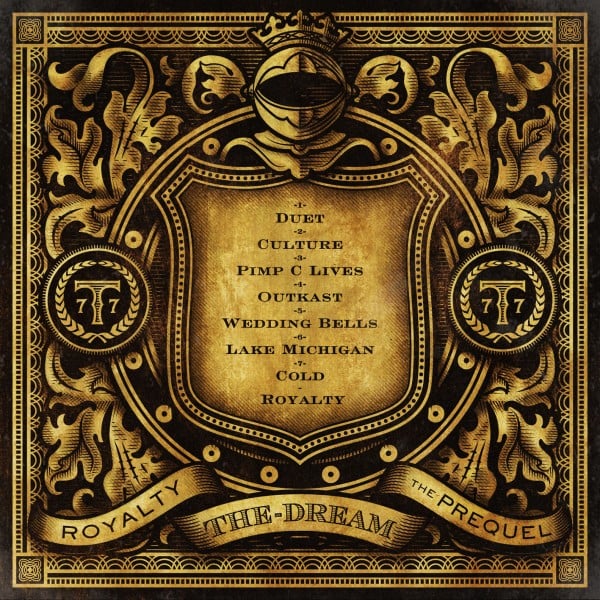 GRAMMY-Award winning musician, The-Dream has been behind-the-scenes in recent months helping with a bulk of the producing and songwriting for Beyoncé’s self-titled album we received late last year. Last summer, he blessed listeners with the sexually-themed IV Play project, which looks to continue in his new sounds tonight with the EP release of Royalty: The Prequel.

The 7-track offering detailed above in the artwork has zero features for listeners to compare to his 2011-classic EP, Terius Nash: 1977. Later this year, you can expect The-Dream’s sixth studio album Fruition to arrive, but for now hit the jump to stream + download the new EP.