Take a look at media below.

Born II Rap in 11 days………………. [Nov 29th 2019] I promise another classic… my day 1 fans know what it is… I will not disappoint !!!! S/O to the beautiful soon to be mothers @jazzlynsworld @__kokaine__ @latriecejonae @yagirl.bree_ @ebby.b00 @lilmama_gina @micheladriii @bellaxxmimi & @leexy_renee for coming through on short notice, listening to, understanding my vision & participating in the cover art for this album. The concept behind this photo goes way beyond what you see upon 1st glance & I absolutely cannot wait for all of you to hear the music that goes along with the album. Appreciation for my lil brother @jamilnotjamal for capturing my vision as well as @sandracstevenson & @chalicerecording for always being so welcoming, providing a home for me & my albums for the past 15 years of my career. I’ve had a great run & surpassed my rap goals along time ago…. it’s by God’s grace that I’m able to still be here to deliver full projects at this caliber in an industry where I’ve seen artists come & go. It will always be “QUALITY” over “QUANTITY” from where I stand. The REAL music will always prevail & this album will cap off an amazing run. I’m grateful for all the producers & artists who’ve helped this album become what it is & I am more excited for my fans than I am for myself. This album will go #1…… because it’s CLASSIC !!! & in 11 days you all will get to hear why. I took the liberty in attaching the track listing as I know you guys have been wondering who’s on it…. 24 tracks because @kobebryant is my all time favorite player & has been a friend & inspiration to my career, so I saw it just to pay homage to the 🐐 #24 #Born2Rap #Prolific #eOne [DISCLAIMER: None of the women pictured above are in any way shape or form taking part in the consumption of alcohol or marijuana (THAT’S ALL ME BABY 😉) & certain things on the certificate of birth have been altered to my liking so you stalkers & creeps ain’t on no weirdo shit] #ThisIsMyArt @eone @markjamesscott gfx 💯 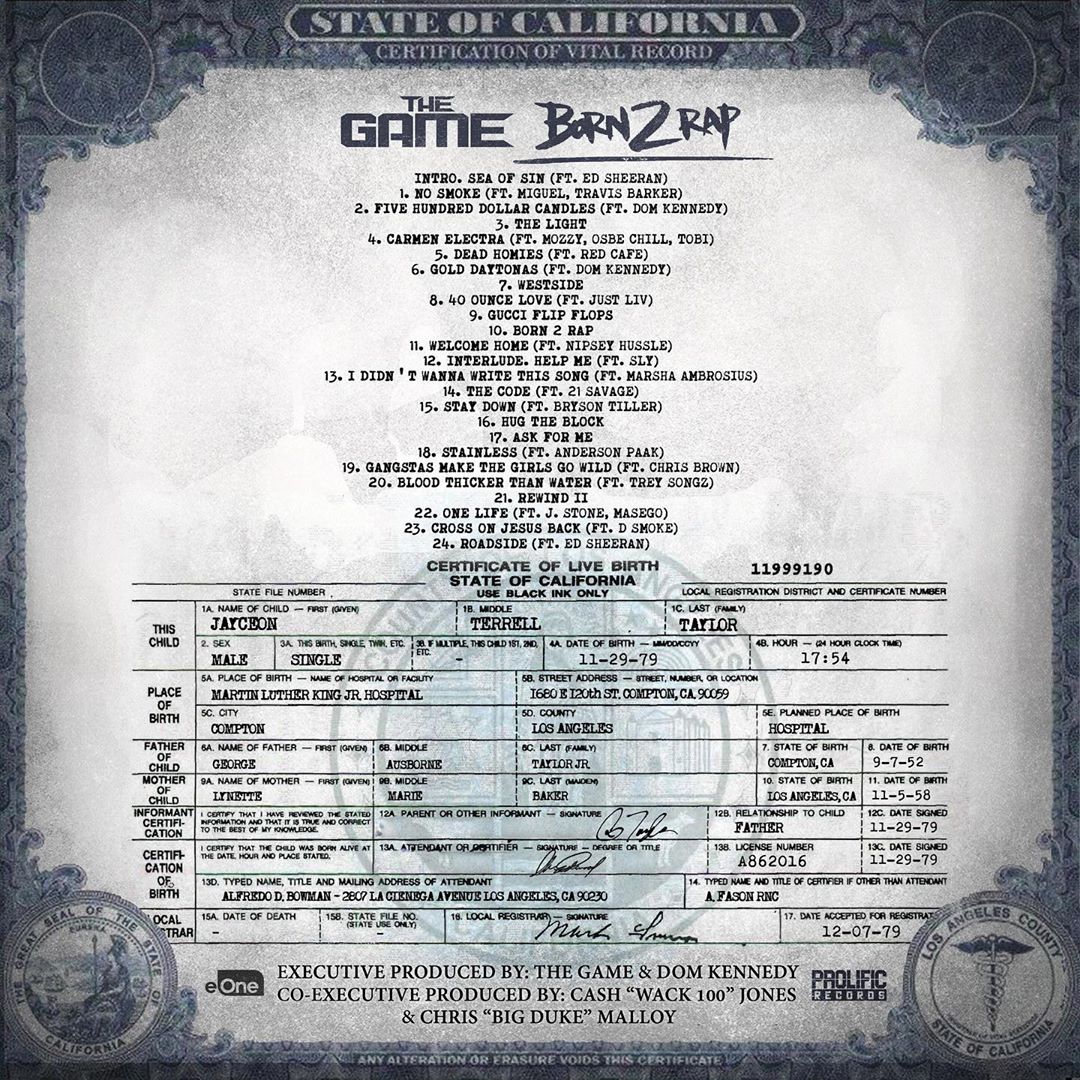