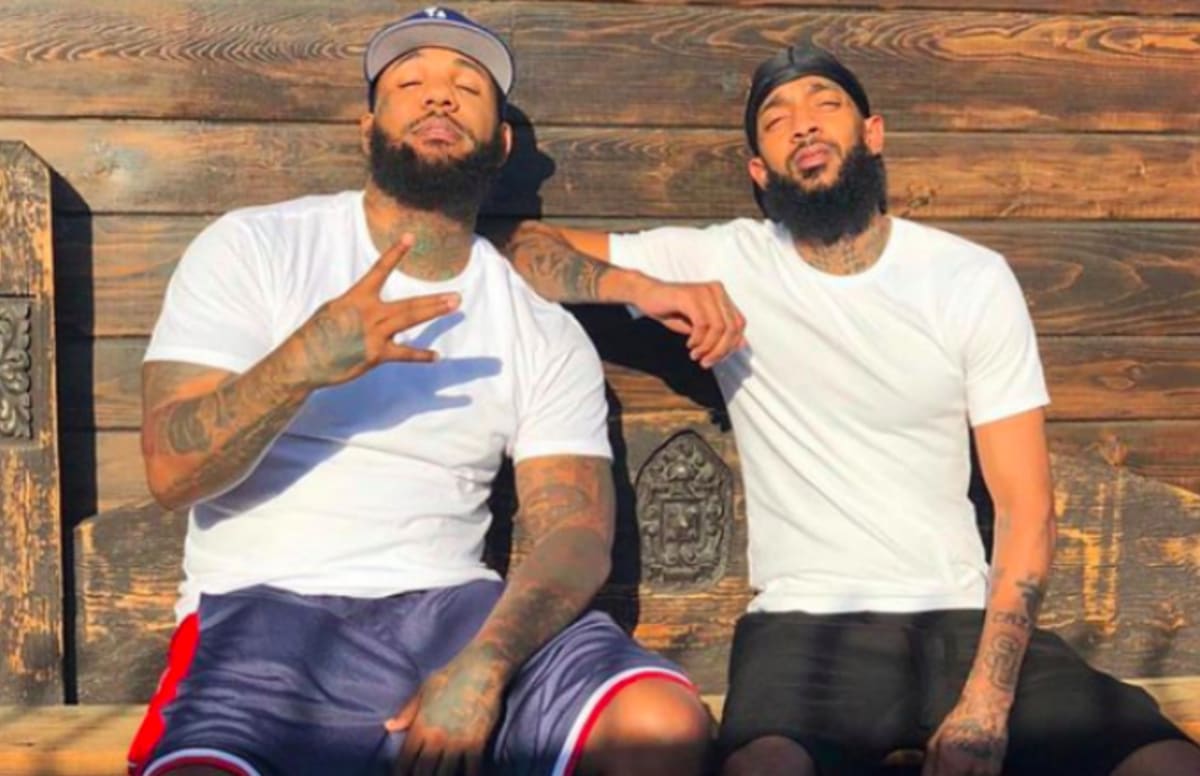 The Game took to Instagram yesterday to preview new music, which featured unreleased vocals from the late Nipsey Hussle.

With him in the studio was Dr. Dre and Snoop Dogg. “Gotta get my n***a behind it,” Game said referring to Dre and the beat playing in the video. Others working in the clip include Focus…, Bongo, Osbe Chill and many more. There’s no word on where the song will end up yet, but chances are it will appear on Game’s upcoming Born to Rap album.

The Game previews an unreleased song he has with Nipsey Hussle while in the studio with Dr. Dre and Snoop Dogg #LongLiveNip pic.twitter.com/kAjaRuReqe