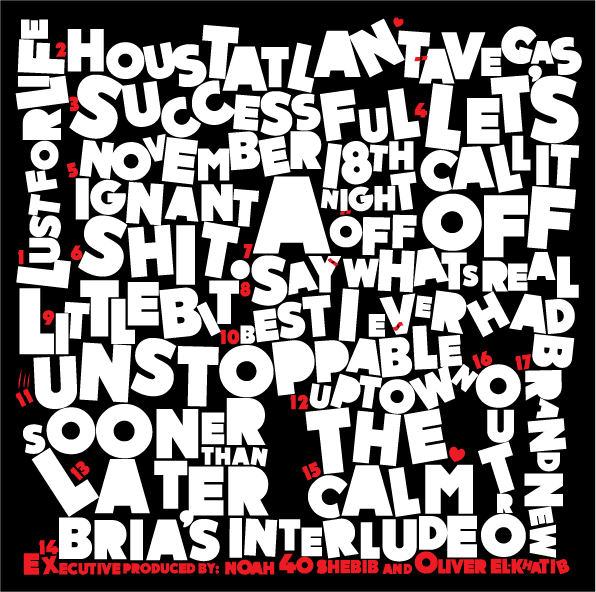 Hard to imagine in just five short years, one of Hip Hop’s most polarizing artists went from widely unknown to a household name. Not that we could blame anybody for thinking the latter at the time, not many of us were checking for a musical artist to emerge from the depths of Toronto, Canada quite like Drake did. Not only would he nearly revolutionize Hip Hop, Drake would go on to rebirth a dynasty and carry on the tradition of another, all while building a legacy of his own. All of which, some could say, was only possible because of one mixtape that could’ve been an album. Let’s rewind to 2009, shall we?

Only a little over a year removed from his second mixtape, Comeback Season, a 22-year-old Aubrey Graham would begin to piece together his latest effort, So Far Gone. After creating slight ripples in the Hip Hop community with his past projects, Drake would begin the process the same way as any other; alongside close friends, and innovators in their own right, Oliver El-Khatib and Noah “40” Shebib. However, So Far Gone was going to be different and Drake knew that from the beginning. This time he would change the way artists approached their music, as well as force critics to change the way they perceived it. Not only was it better than most, if not all, music being released during it’s time, it forced people to have an opinion and pushed for change. Much like the way an artist Drake says he owes much of his success to, Kanye West. Drake was right, So Far Gone could’ve been an album.

Providing a new feel and recharged sound to Hip Hop and R&B, So Far Gone was one of the most cohesive projects of the past decade when it was released. Drake would shoot you straight from the bore of a cannon into an array of emotions as he transitioned you through his life in 17 compulsive, emotionally brave songs. Providing an atmospheric feel throughout much of it, SFG started off much like a dream sequence thanks to the three song tandem known as Lust For Life, Houstatlantavegas, and Successful. A dream that would soon turn into a harsh reality when you arrived to songs like, Say What’s Real and The Calm. A project filled with materialistic themes combatted with introspective thoughts, one could tell a young Aubrey Graham was obviously influenced by the world he surrounded himself with. Songs like November 18th and Uptown nearly had Houston, a place Drake claims to be his second home, bleeding through your speakers and who better to call then Bun B himself to put his stamp of approval on the kid from TO. However, he wouldn’t stop there as Drake would also flex his ability to entertain other audiences with a Peter Bjorn assisted Let’s Call It Off, as well as Little Bit which was led by the beautiful voice of Lykke Li, both of which could have survived very well on Top 40/Pop radio stations. After all, how could we forget what Best I Ever Had did to radio charts at the time, and before we get crucified for failing to mention it, let us just say two words. Bria’s Interlude. Even as humble as a guy that he is, Drake wouldn’t downplay his pen game when he jumped on Ignant Shit. Alongside his mentor and boss, Lil Wayne, Drizzy would make his presence felt on an instrumental that was handcrafted years ago for Jay Z to drop some of his best bars ever. Needless to say once more, So Far Gone could’ve been an album.

Whether you want to admit it or not, So Far Gone altered the structure of Hip Hop, R&B, and music as we know it. When was the last time you heard a mixtape would be nominated for a Grammy? Don’t worry, we’ll wait. When was the last time you heard of labels packaging a mixtape as an EP, just so it could go Gold on the Billboard charts? Don’t worry, we’ll wait some more. Drake did much more than just release another mixtape. He catapulted the house that Lil Wayne built to a new platform of success and made Young Money Entertainment a force to be reckoned with. While also bringing a new and young energy to Cash Money Records, Drake set himself up perfectly to build his own empire from the ground up and introduce the world to OVO Sound. As most of us would go on to watch every one of his carefully calculated moves, it almost appears as if Drake had this planned all along…