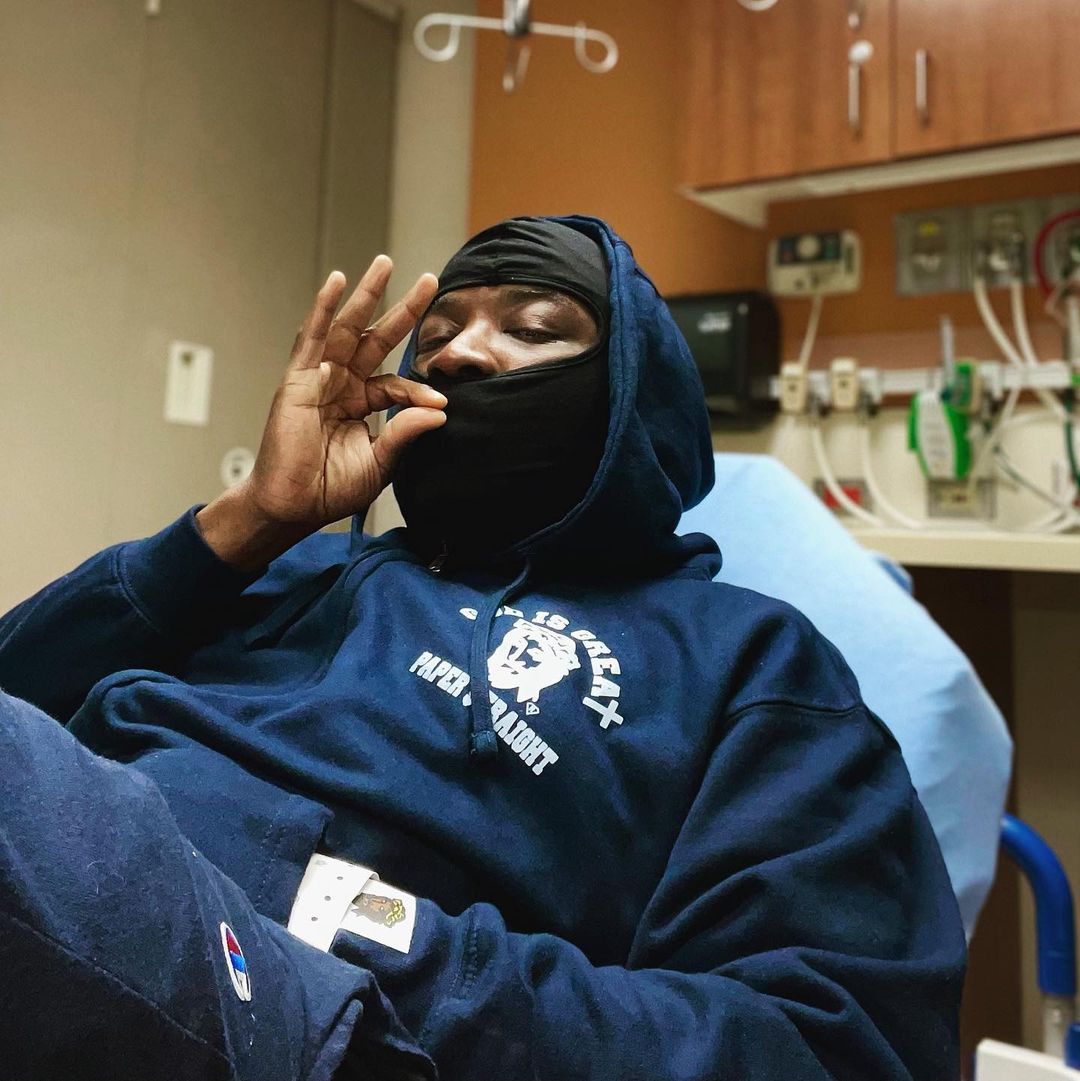 Troy Ave July 2021 shooting hospital story emerges, as the Brooklyn representative shares a cryptic message on social media this week. Last night, Troy Ave was on the gram live for nearly 3 hours, giving game to fans and having fun with the ladies to cap off the session.

Before the live ended, Ave was asking his sons which movie they wanted to watch, as many believed he was going to have a quiet night. However, hours later, Troy Ave shared a photo from a hospital bed, revealing a very serious message of an alleged incident that happened.

He went to say, “The shooter ain’t get away this time, RIP Pussy! We legally armed and dangerous.” At the end of the caption, he said self-defense and hasn’t been seen on social media since.

This would be the third attempt on his life since the infamous night club situation, as he’s been moving smarter with the way he conducts business.

While we haven’t reached out directly to Ave, out of respect for his family and kids; look for him to address everything in the coming days.

Also, let us know in the comments what you think of this situation.

Roland Collins, better known by the stage name Troy Ave, is an American rapper from the Crown Heights neighborhood of Brooklyn, New York City. His moniker derives from Troy Avenue, a street near his childhood home. In November 2013, his first studio album, New York City: The Album, was released.