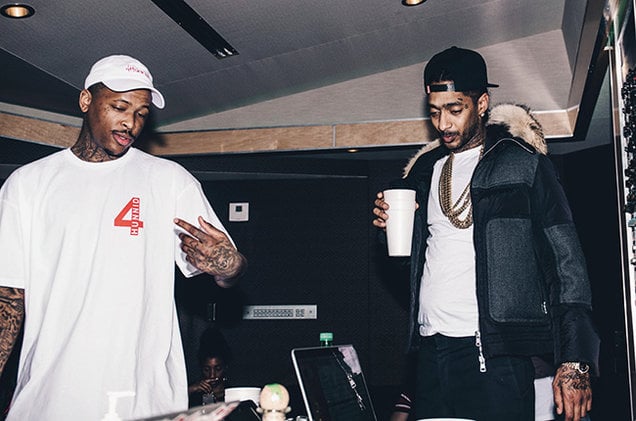 YG was about to release his new album until his friend Nipsey Hussle suddenly passed away. Now that he’s ready to drop 4REAL 4REAL tomorrow, he’s revealed that a bulk of profits from the album will be donated to Nipsey’s kids.

“I put that ‘In Loving Memory of Nip’ on the album cover because I’m giving his kids a percentage of every song on the album,” he told Big Boy. “By time they get 18, from me, they gon’ have a bag.”

Check out the full interview below, and get ready for the album to arrive at midnight.