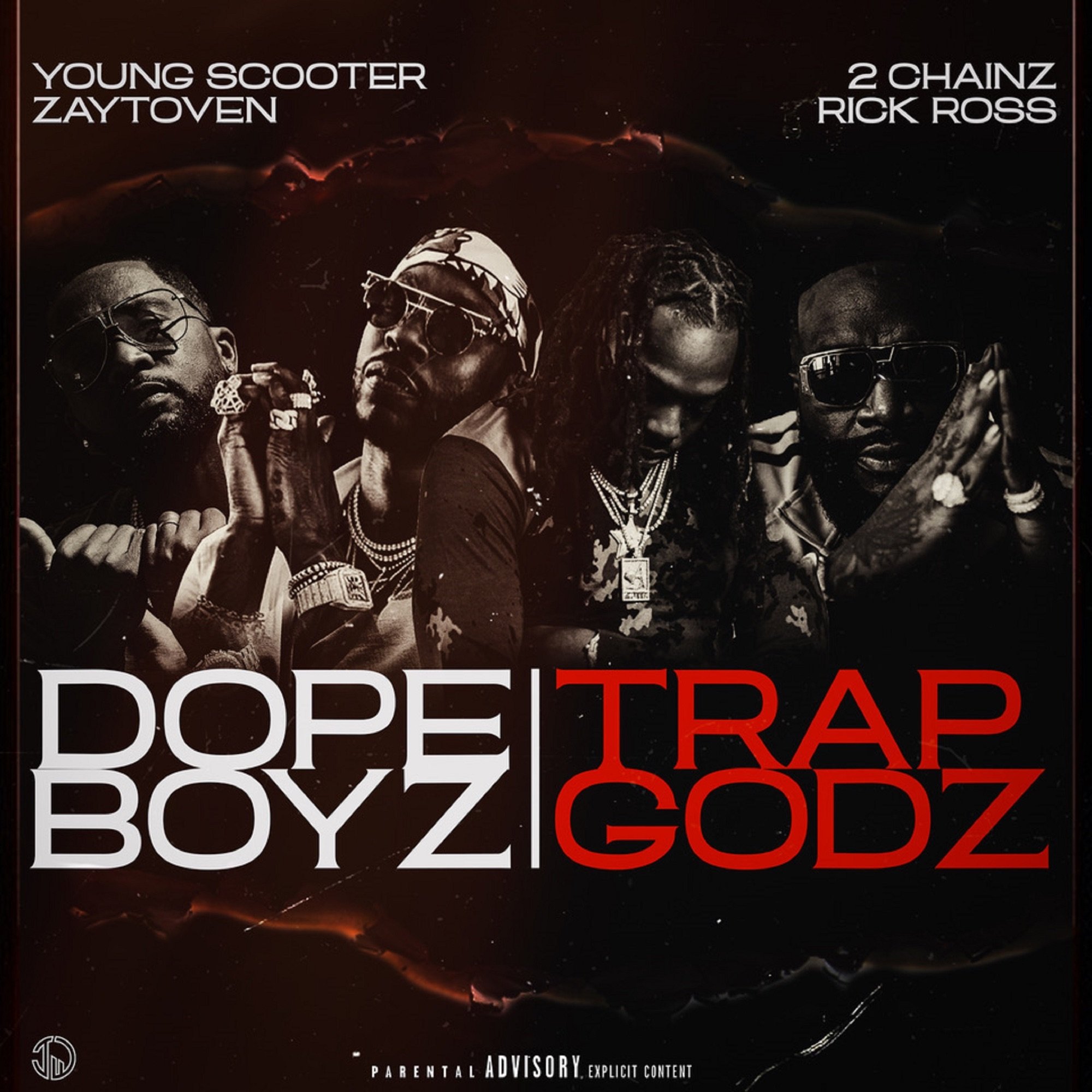 Young Scooter, Zaytoven ‘Dope Boyz, Trap Godz’ song, have the Atlanta representatives linking up in prelude to their ZAYSTREET album. The project is presumably releasing on December 10th, given the current dates listed from their team.

Before the streets get the collaborative Young Scooter and Zaytoven project, the pair releases their Dope Boys and Trap Gods song. Below, you can listen to the single featuring 2 Chainz and Rick Ross; then look for the album out in a few weeks.

Kenneth Edward Bailey, better known by his stage name Young Scooter, is an American rapper who is affiliated with Freebandz and 1017 Brick Squad Records and CEO of his own label Black Migo Gang. Xavier Lamar Dotson, professionally known as Zaytoven, is a German-born American record producer, DJ, and keyboardist from Atlanta, Georgia. He has released collaborative projects with artists including Usher, Future, Gucci Mane, and Lecrae. He has also produced songs for artists such as Chief Keef and Lil Uzi Vert.