The NBA Draft Lottery was pushed back this year because of COVID-19, but the race to the No.1 was still exciting. For one, the Golden State Warriors, Cleveland Cavaliers, and Minnesota Timberwolves were the most likely to get the top draft pick. A few trades made their way into the lottery, with teams overtaking certain picks.

The Boston Celtics, who should have a low pick because they’re making a run in the Eastern Conference this year, stole the Memphis Grizzlies lottery and now own the No. 14 pick. The New York Knicks failed (once again) and ended up with the No. 8 pick in the draft. The T-Wolves, who traded their 2021 pick to the Warriors because of that D’Angelo Russell trade, stole the No. 1 pick from Dub Nation and won the lottery. The Cavs got in the Top 5 but nowhere near the top of the pack. And last but not least, the hottest team in the bubble is now in the Top 10.

You can look at the order below. 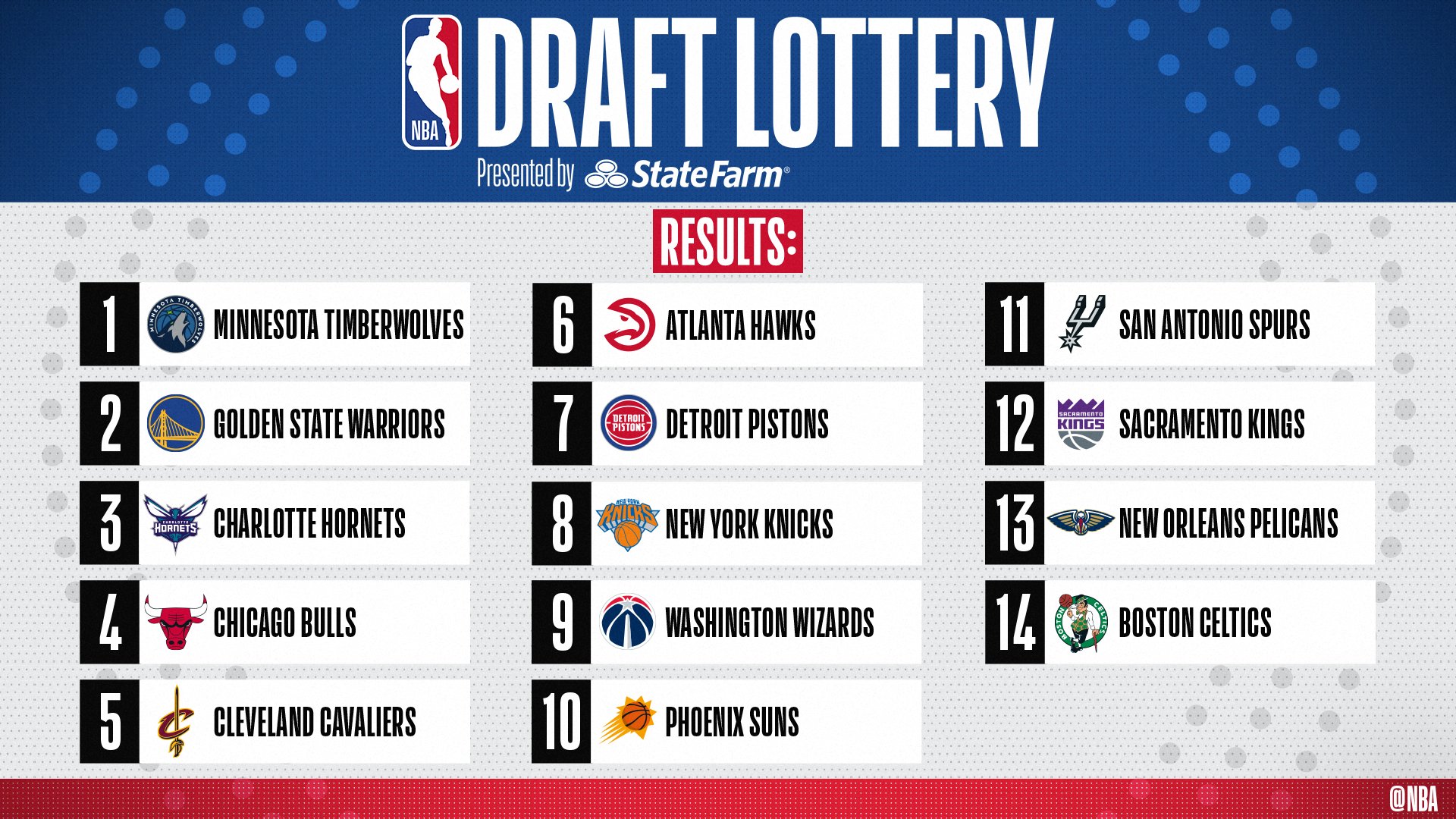