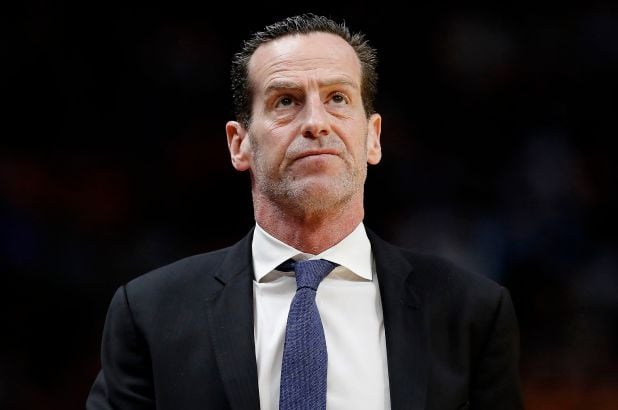 Though it’s been a transition year for the Brooklyn Nets, the organization was not expecting the team to be struggling to get into the playoffs. But with injuries to Kevin Durant and Kyrie Irving, the team has underperformed. As a result, the franchise has mutually parted ways with coach Kenny Atkinson.

The Nets just announced that Kenny Atkinson is OUT as coach … pic.twitter.com/VzIj2NVsuf

Sean Marks and Atkinson had several conversations and the sense had been that a change was inevitable and both sides decided that there was no sense waiting on it. Both had felt that Atkinson and Nets had run course together. They have maintained a close relationship.

I’m also told the decision was made yesterday. Don’t know if it came before or after the game, but writings were on the wall.

From the reports, it feels like the writing was on the wall and several players wanted him out.

Whether it was inevitable or not, the team is looking towards next year and the return of their prized free agents. The Nets will be looking to hire someone with championship pedigree to lead the squad into bonafied NBA contenders.

Assistant coach Jacque Vaughn will serve in the interim.