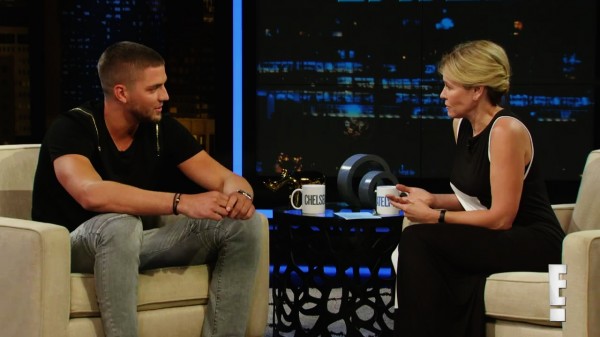 “What do you guys do during the season, are you allowed to have sex while performing at that level.” (c) Chelsea Handler

Taking a break from preparing himself for the games in Las Vegas scrimmaging, Chandler and Handler discussed what he likes to do in his leisure time. Now joining Mark Cuban and Dirk Nowitzki with the Dallas Mavericks on a new 3-year deal, Chelsea was on a mission to convince Chandler to remain single. After Handler hinted at a romantic fling with Kendall Jenner and showing extreme concern for his performance level while enjoying extracurricular activities, Parsons joked he wasn’t piece of meat – but was sure to get tons of rest during the season.

Continue below to watch the brief interview.