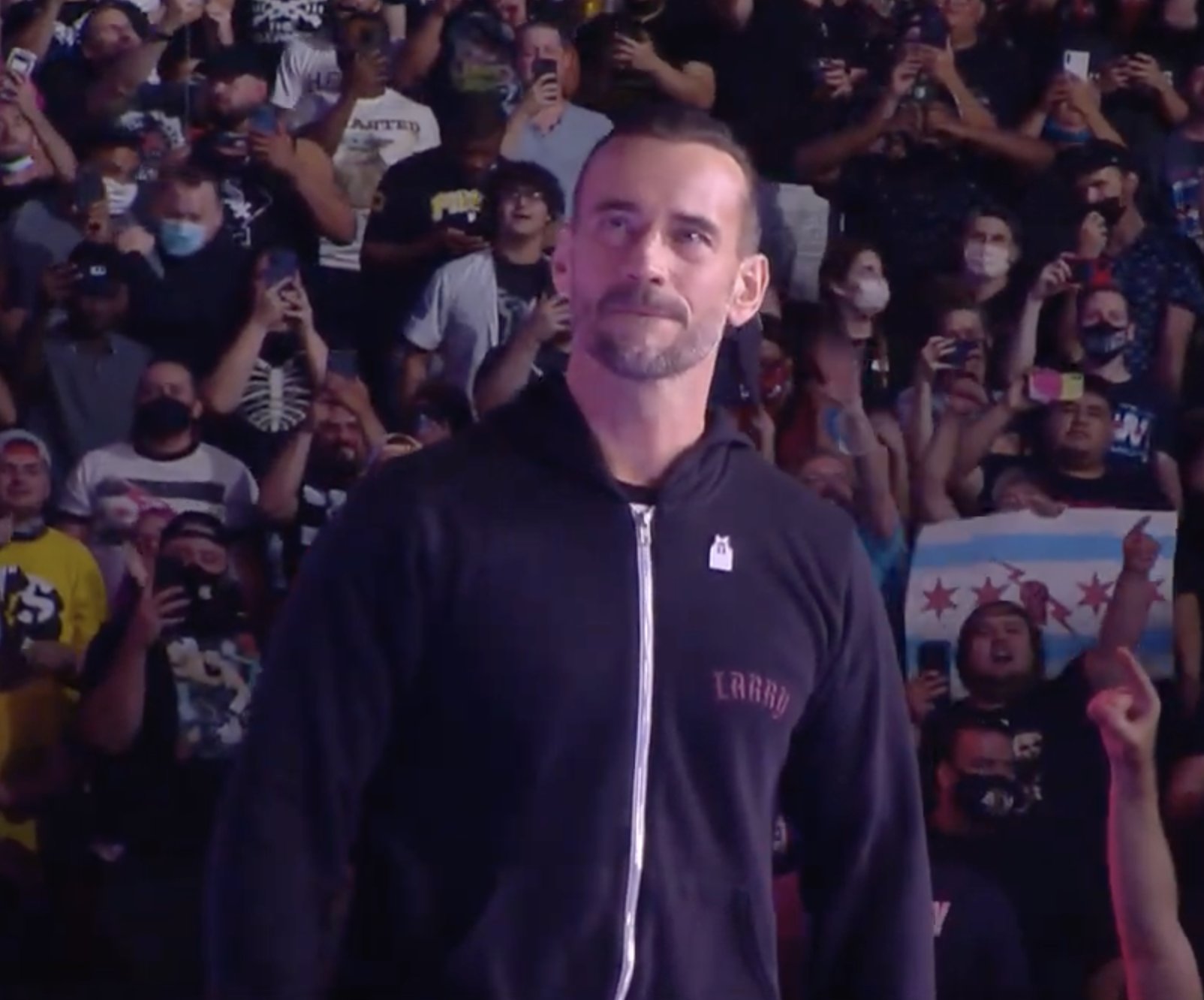 Welcome to the good side, punk!

CM Punk AEW debut video shocks the entire wrestling world, as the hometown crowd of Chicago welcomes their hero back to the business. The house that Michael Jordan built, was sold out with the United Center playing host to CM Punk’s first official appearance in a wrestling ring since 2014.

Friday night, the wrestling world was granted the latest episode of AEW Rampage on TNT, which was titled The First Dance (see: the Chicago Bulls). Wasting no time, the episode premiered with Punk’s music hitting, as he walked out to one of the year’s biggest pops.

In the ring, he went to briefly explain his ultimate decision for joining All Elite Wrestling, comparing the situation to his time at Ring of Honor.

Before losing his smile at a different promotion, Punk wants to help talent in the back and ensure they get the most out of their career – while keeping sanity and a smile.

Take a look at CM Punk’s AEW debut video below, where he confirms who he’ll be facing in his first match back.

CM Punk is back with a mic in his hand 👀 pic.twitter.com/A2pAIf8qux

The Elite sold out a 10k arena without a card.

CM Punk sold out a 20k arena without showing his face.

Roman Reigns has… well he's got his thing going on too.

What a night!!! #Cmpunk #AEW pic.twitter.com/OasEyAx9Pv

YES I CAN FEEL THE GROUND SHAKING!!!