Damian Lillard Is in Line for 4-Year, $191M Supermax Extension 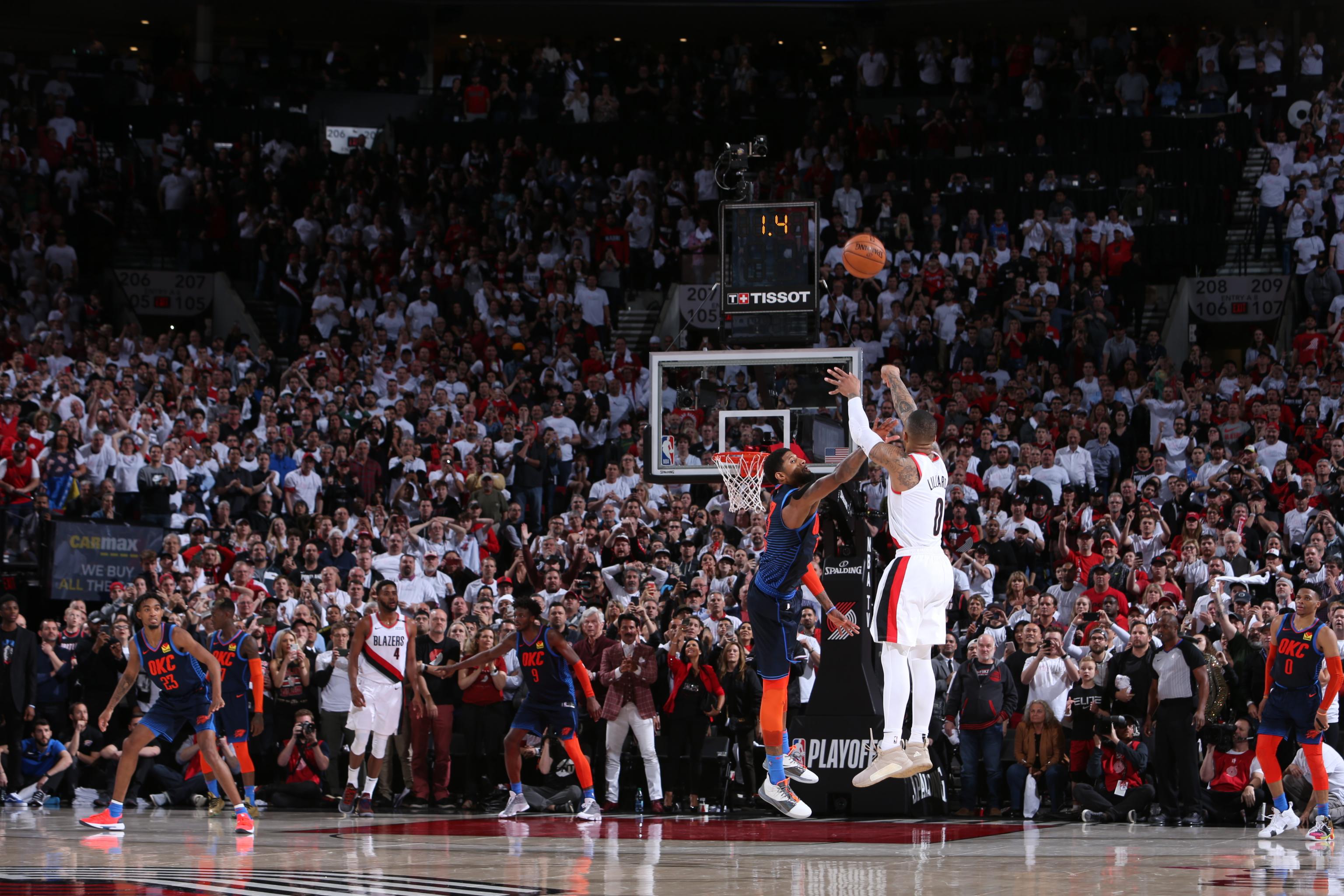 It was a valiant effort by the Portland Trail Blazers in the Western Conference Finals against the NBA Champion Golden State Warriors. Unfortunately, the team came up short every time and was swept at the hands of Dub Nation, after leading by double digits in three of the four games.

Though the squad or organization should not be disappointed over this season (their best since 2000), it seems as if the team is still growing together.

According to Chris Haynes at Yahoo Sports, Damian Lillard is expected to sign a 4-year $191 million dollar SUPER MAX contract extension. Dame D.O.L.L.A. just needs to wait to be named to one of three All-NBA teams, which is a virtual lock this season.

“We’ll focus on the [contract] later.

Look at what we did this year. We played without our starting center [Jusuf Nurkic]. We played without CJ [McCollum] toward the end of the season. So, looking at that, we were still able to get here. We were one step away [from the NBA Finals]. And not only here, we had double-digit leads in three of the four games. I think getting here is reassuring that we can get the job done.”

Considering he loves the city and wants to retire in Portland, this news comes as no surprise to anyone who follows the Trail Blazers.

The only thing that could affect their outlook is how much the franchise wants to pay in the luxury tax and whether or not they’d bring back the same team or strengthen in some areas. Will they resign Enes Kanter or Rodney Hood? What about Seth Curry? Al-Farouq Aminu is a free agent as well.

Either way, with Dame and CJ McCollum at the helm and a healthy Jusuf Nurkic, Portland will only be looking to improve this year’s incredible year.