For the last two years, Deontay Wilder has been calling out Anthony Joshua for a unification fight of their heavyweight titles. With 2019 approaching, Showtime is pushing for a match with Anthony Joshua, who’s holding the WBA, IBF, WBO, and IBO titles hostage in Britain.

As you all saw, Tyson Fury was robbed in an epic showdown against Wilder; who never got a proper feel for the fight – due to better trainers (Ricky Hatton and Freddie Roach) across the ring. Both Eddie Hearn and Al Haymon (with Floyd Mayweather) are looking to cash out big in 2019 for the biggest fight in boxing; which will be Joshua vs. Wilder. Well, if either one of those fighters would’ve lost, there wouldn’t be any money in their pot of likely half-a-billion to recoup in a few months.

So, with many opting not to call a split on bets, since these are both knockout finishers; Hearn and Haymon will immediately move forward with setting up the mega-match. Before the fight even started, we personally picked Fury to win convincingly; which was the case before the screw job.

What Tyson did, was go completely left field, and remain active the entire fight, rarely going to south paw stance. That’s something Deontay waited for all night, and was the only way he could’ve won. Throughout the bout, we knew Wilder couldn’t take a left hook, as he left himself open most of the fight, looking for his signature helicopter punch. Fury’s body would fail him towards the later stages, which revealed dropping drastic weight of 100 lbs was too much for him to keep himself that active.

Deontay got frustrated throughout the night, as he could never control the fight like he wanted against a fighter bigger than him. In past fights, we’ve witnessed Wilder be down multiple rounds, just like tonight, and come through with a hay-maker to score a TKO. But, Fury’s a different kind of fighter he’s ever seen, and possibly most difficult opponent ever for Wilder.

However, two knockdowns, and a last-second laying of Tyson, saved Deontay to make it look more believable in being a draw. So, afterwards, the score cards were delayed, as well as the inevitable outcome that was surprising to the masses. Showtime and Eddie Hearn would’ve lost millions in revenue and gambling for the #JoshuaWilder fight in 2019 if this fight went towards Fury.

Even if Fury knocked out Wilder for a victory, he still wasn’t leaving the winner.

Let us know in the comments what you think of the outcome. 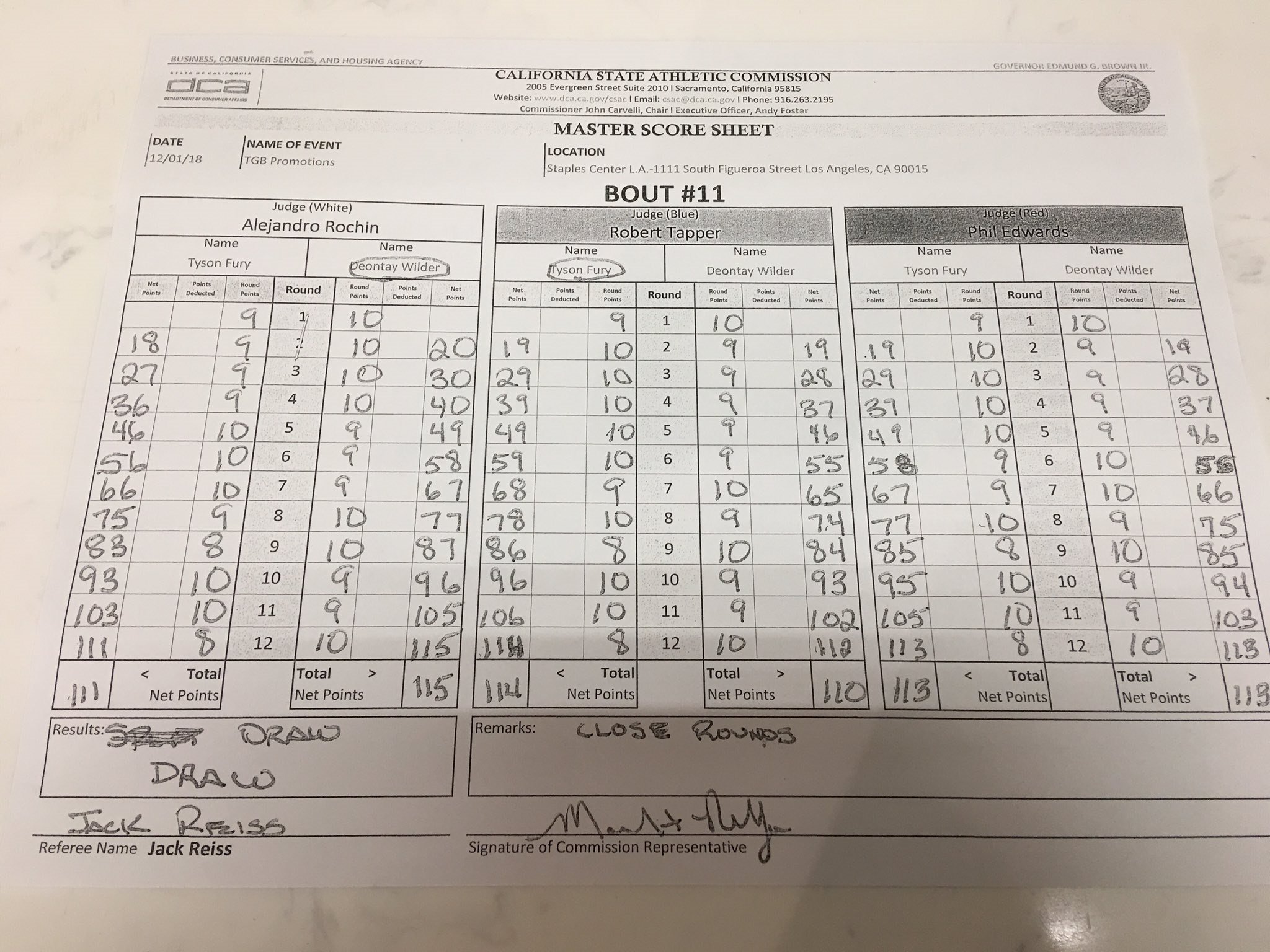