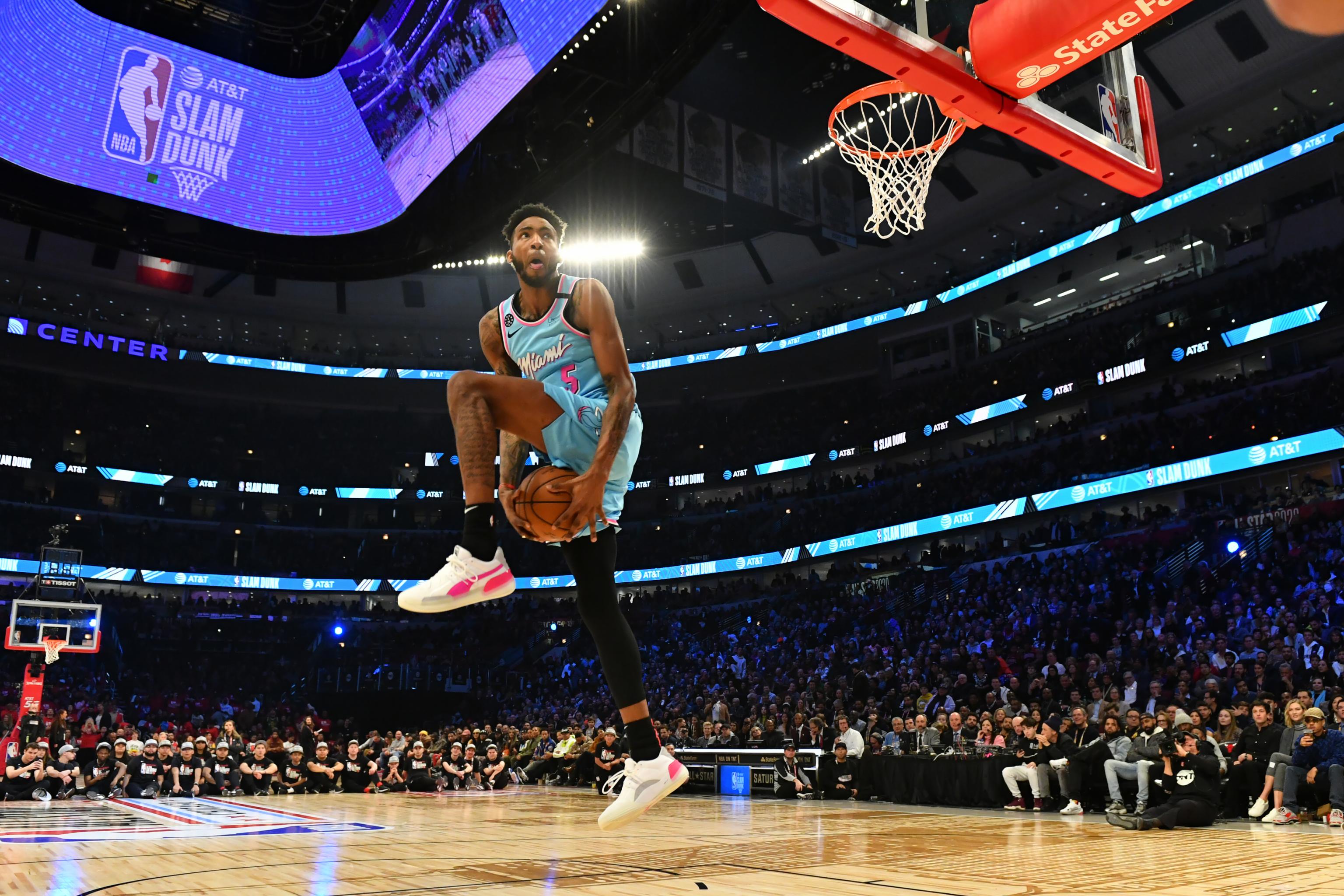 There was some controversy with this year’s NBA Dunk Contest, but in the end, Derrick Jones Jr. came home with the crown. After 6.5 million viewers tuned into the historic dunk-off between him and Aaron Gordon, Airplane Mode won a sneaker deal with his slam dunk heroics.

Jones has now signed a multiyear footwear and apparel deal with PUMA on his 23rd birthday.

If you peeped what he had on his feet during the event at NBA All-Star Saturday Night, Airplane Mode had “Vice Nights” PUMA Clyde Hardwood’s to match the jersey.

The sneaker giant offered him a contract shortly after he took home the trophy.