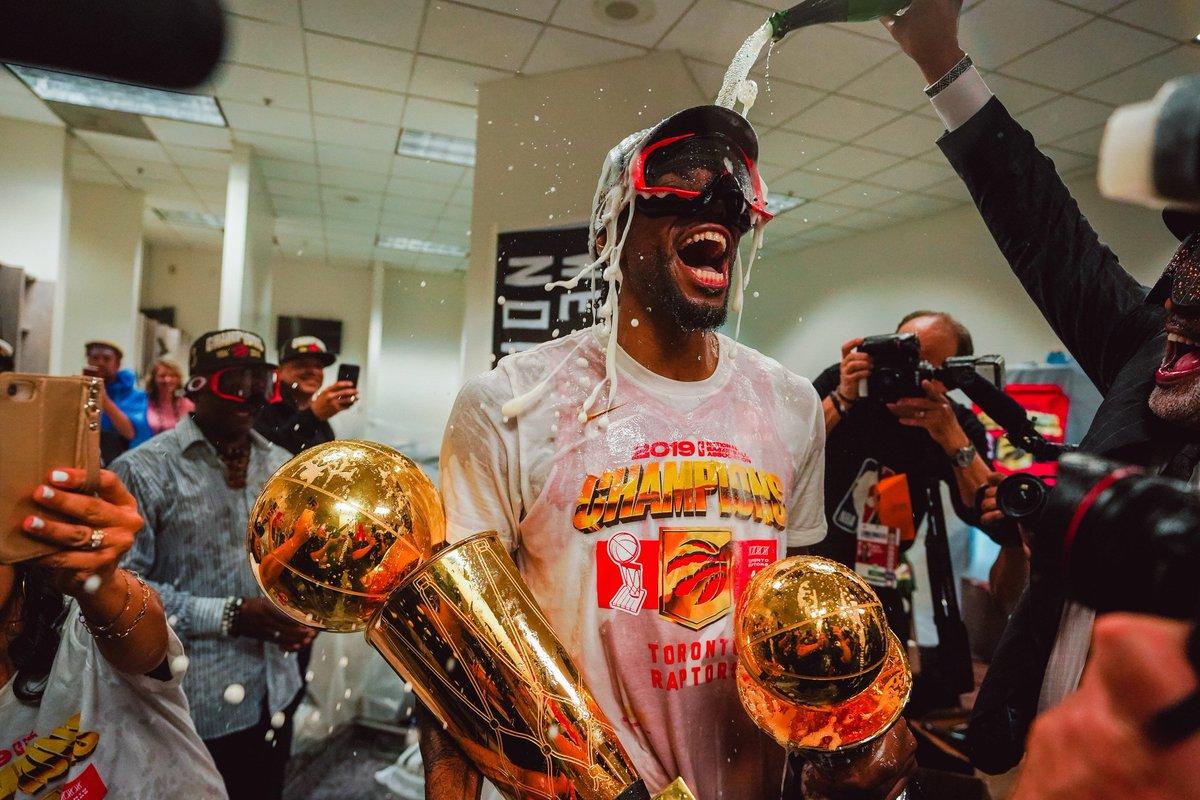 If you remember Kawhi Leonard for anything besides his laugh it’ll have to be this: being a dynasty killer. The man defeated the Miami HEAT on their super team run with LeBron James, Dwyane Wade and Chris Bosh and has now become immortalized by defeating the Golden State Warriors on their way to a three-peat.

With last night’s NBA Finals win with the Toronto Raptors, not only did he put himself in company with Michael Jordan and Hakeem Olajuwon by scoring over 700 points in the playoffs on the way to a championship but he made NBA history.

The Klaw eclipsed that historic run in the postseason by becoming the first player in NBA history to win an NBA Finals MVP in both the Eastern and Western Conference.

He already joined small company (1 of 3) by winning two NBA Finals MVP trophies with different teams (LeBron James and Kareem Abdul Jabbar) but this puts him in company with only himself. If that’s not beast, we don’t know what is.

As of now, we don’t know if Leonard will be staying with the Raptors next season or not, but after the game, he said when he was doubted, this moment is what he hoped to accomplish and why he plays the game. He said his group of guys in the locker room now were great and the organization was in the same wavelength as him when he got there.

Now they accomplished something special and he will be legend in Canada forever.