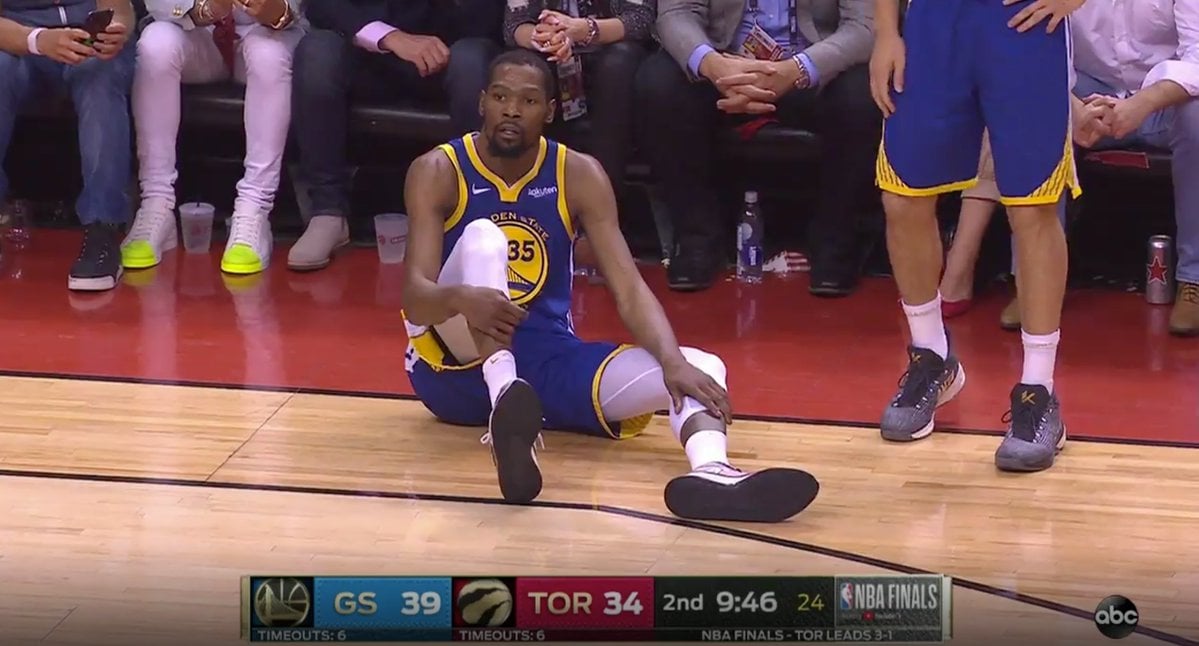 With Kevin Durant back, the Golden State Warriors really had the confidence and belief that they could win Game 5 in Toronto and beat the Raptors to remain alive in the NBA Finals.

Unfortunately, the fun only lasted two quarters because KD went down in the second quarter with a calf injury, being carried on the way to the locker room. We can assume he is out for the rest of the game and the series. The question now is how badly he re-aggravated the injury this second time and how long it will take to recover from it.

Steph and Andre Iguodala walked with KD all the way back to the locker room as he appeared to have re-injured his leg. #NBAFinals pic.twitter.com/htgWzPJIU4

Even with all the things @KDTrey5 has done. This is the most fan(ed) out I’ve been. He knew he wasn’t right but he wanted to be there for his brothers. That’s sports! That’s love!

Nooooo…HATE TO SEE THAT SH*T!!!

UPDATE: The Warriors rallied and won the game 106-105. Kyle Lowry had a shot to win the game at the buzzer but missed off the side of the backboard.

Draymond got T'd up and Drake let him hear it. pic.twitter.com/lqIFNxR6Sq 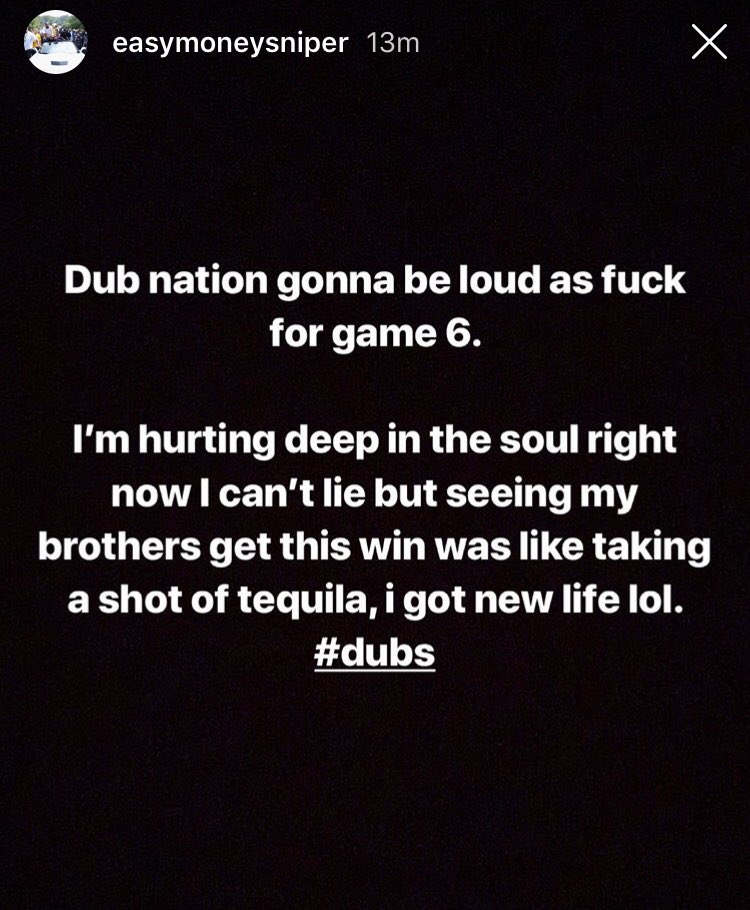 UPDATE: Bob Myers confirmed that KD injured his Achilles while holding back tears and speaking about how he’s one of the most misunderstood players in the league. Durant was seen walking out of the arena in a boot and on crutches. He will have an MRI tomorrow.

Bob Myers says Kevin Durant has an Achilles injury. MRI tomorrow. Myers is holding back tears as he speaks.

“The people that questioned whether he wanted to get back and play were wrong. He’s one of the most misunderstood people. He’s a good teammate and I’m lucky to know him. “ Bob Myers on Kevin Durant