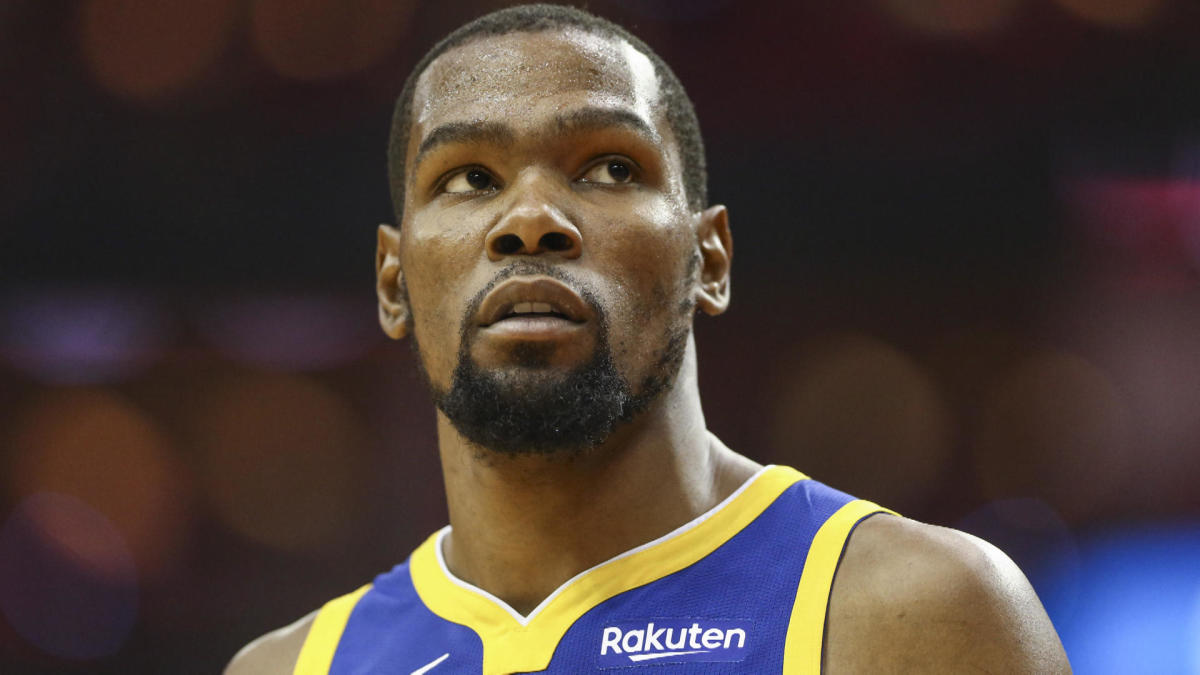 If Golden State Warriors fans thought they were going to employ the cheat code in time for Game 4 of the NBA Finals by bringing back Klay Thompson and Kevin Durant, think again.

Steve Kerr says Kevin Durant will NOT play in Game 4

According to reports, the team will be traveling cross-country on Saturday and it will be tough for KD to get any 5-on-5 work before the game on Monday. By the sounds of it, he may be back by Game 5, but bringing him back for Game 4 would be rushed.

With the status on Thompson still up in the air, the Warriors are on the brink to lose two game at Oracle Arena and bring back Durant in an elimination situation with all the pressure on them.

It’s the Toronto Raptors series to lose at this point.