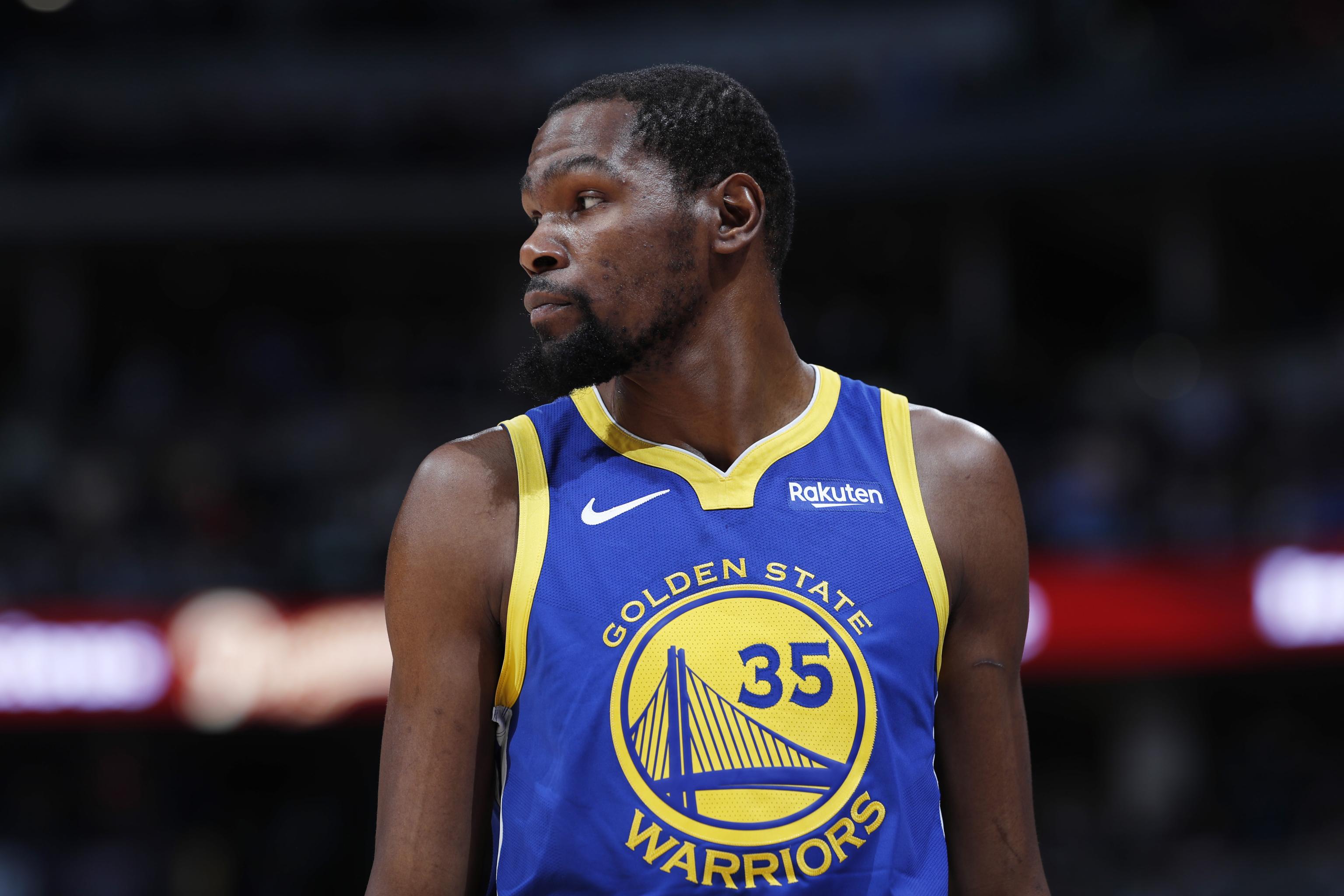 Throughout the course of his career, Kevin Durant has played with some Hall-Of-Fame talent and positioned himself as one of the greatest basketball players of all time. But his comments on his ‘All-Time’ starting five lineup were interesting because it was aimed at teammates he’s had on the Oklahoma City Thunder, Golden State Warriors and Brooklyn Nets.

In a recent interview with Darius Miles and Quentin Richardson for their Knuckleheads podcast, KD was asked that very question.

Surprisingly, he left off Steph Curry and Russell Westbrook from the guards in place of Kyrie Irving, who he hasn’t stepped foot on the court with in a Brooklyn Nets jersey. He also named Draymond Green, which is interesting, considering the two had real beef last season when they got into it.

His reasoning for the picks was funny too:

“We can switch everything on D and we are all-world scorers and facilitators. And we can block shots. That’s a perfect team.”

We’re not sure what world James Harden plays defense, but to each his own.

KD names his all-time starting 5 out of all the players he played with:

“We can switch everything on D, we got all-world scorers..that’s a perfect team”