Kyrie Irving Is Reportedly Interested in the Nets or Lakers 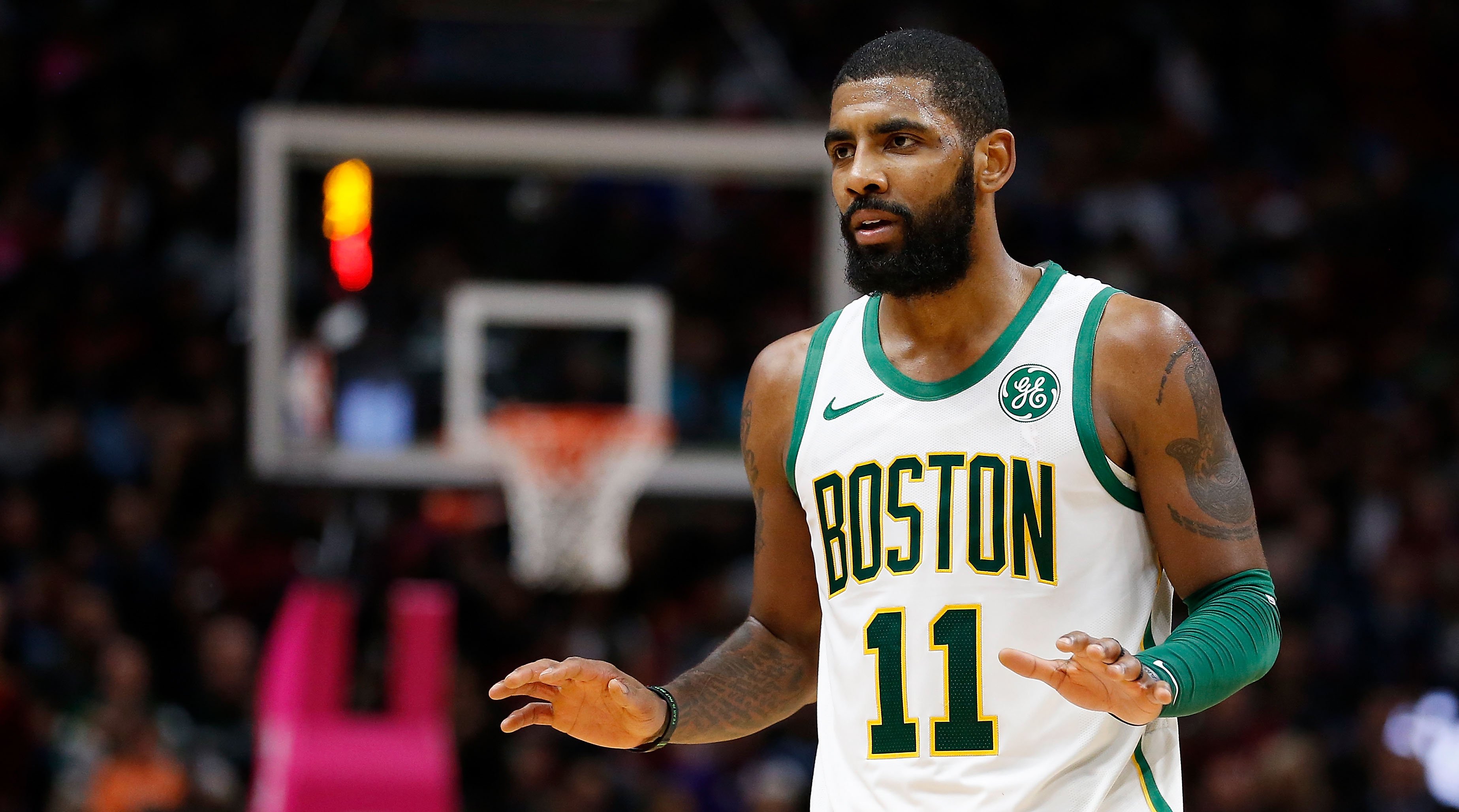 There will be plenty offseason shuffling across the NBA and whatever chess moves happen, will send ripple effects through the conferences and the league.

One of those is surrounding Kyrie Irving. And while it’s almost a foregone conclusion that he will not return to the Boston Celtics, his reported destinations of interest are peculiar. Mostly because they don’t involve Kevin Durant or the New York Knicks as its been widely speculated for months.

According to Ric Bucher on The Herd, he says Irving is interested in the Brooklyn Nets and/or the Los Angeles Lakers this summer.

Bucher] The latest I've heard [on Kyrie] that it's between Brooklyn and the Lakers [for Kyrie]. And I've heard that the Lakers and Kobe especially, has been busy recruiting Kyrie in particular to try and get him on the Lakers. pic.twitter.com/uX6DZ4j8iN

As interesting as it is to hear that Kyrie would link back up with LeBron James in L.A., the craziest part of that conversation is that Kobe Bryant is actively recruiting him to get to California to play for his former team.

Considering the dysfunction the Lake Show has had this offseason and for much of the year, it would be pretty shocking to see Irving join that.

He doesn’t sound like a good fit with the Nets either (alongside D’Angelo Russell, unless they let him walk) but until he signs on the dotted line, it’s all speculation.