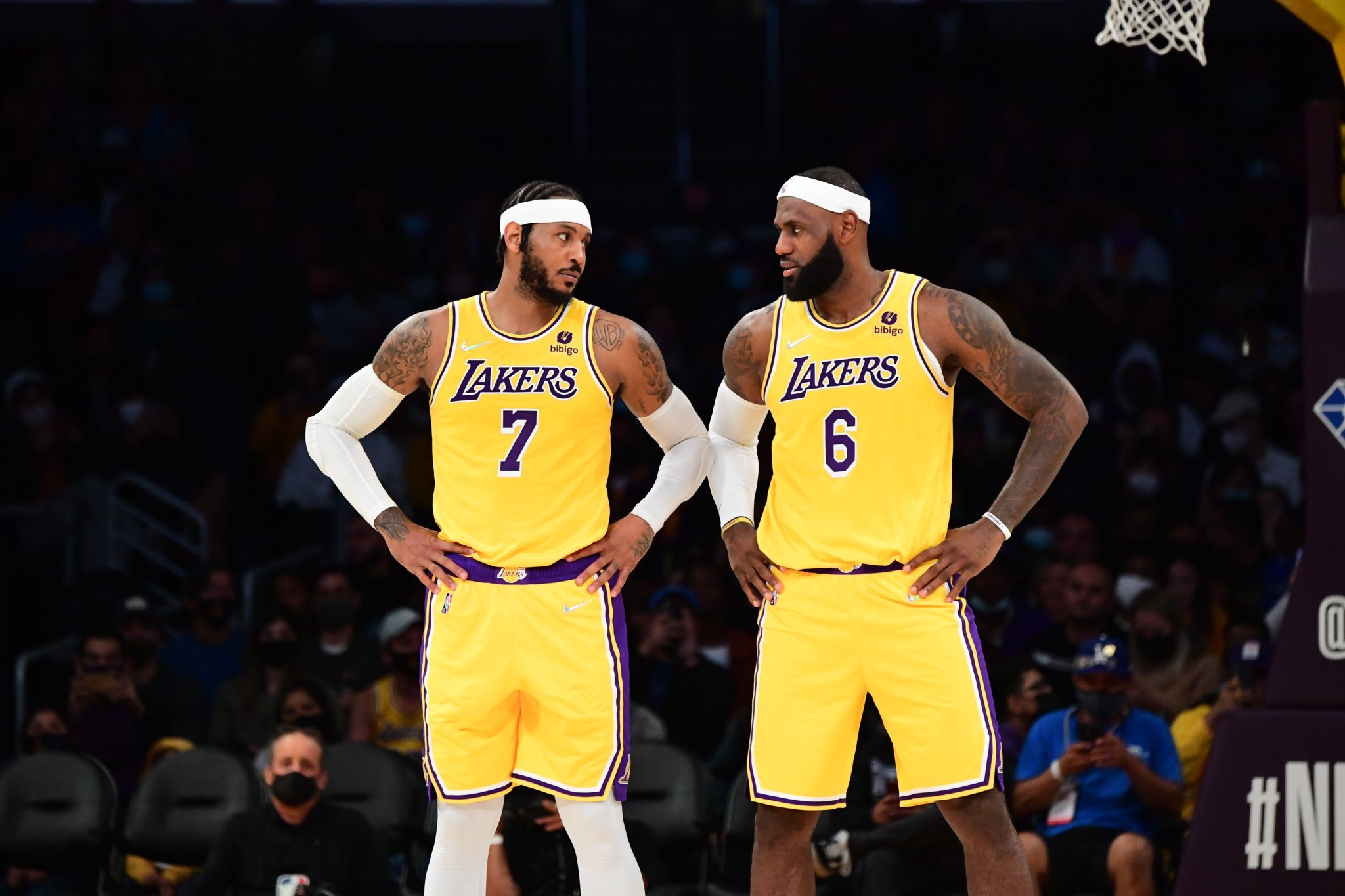 At 11-11, we’re not surprised at anything regarding the Lakers under performing this year. With the team making massive lineup changes with the additions of Russell Westbrook and Carmelo Anthony, they’re still trying to gel together. However, this cannot happen until the team gets Kendrick Nunn and Trevor Ariza.

These are the two players LeBron has been waiting for, since he hasn’t had three-point shooters on the court that can also play defense. Age is drastically showing on the court also, with the King set to turn 37 in a few weeks. After missing time due to his abdominal injury earlier in the month, the team has maintained a .500 record.

However, noticing that the Golden State Warriors and Phoenix Suns are catching early strides in seeding and chemistry, the entire team is panicking except for one person. That person happens to be head coach Frank Vogel, who got into a serious behind-the-scenes disagreement with LeBron over lineups.

LeBron has been pushing to have Malik Monk see increased minutes, with his boy Talen Horton-Tucker getting less minutes. Jeannie Buss and the rest of the Lakers management is siding with LeBron in this manner, but Vogel has stood ten toes down on the decision with minutes.

For whatever reason, the sports media thinks Russell Westbrook is the problem with the team. We’re here to tell you that both LeBron and Anthony Davis want Westbrook on the team, because they know this is an entirely new situation for him in Los Angeles.

If you didn’t know, Westbrook is averaging 20 points, 8 rebounds and 8 assists for the current season, which isn’t being mentioned by anybody. By February’s mid-season break, we expect the team to find an interior paint presence, which is what is hurting them in the stretch with AD at the five.

For once, LeBron is completely content with the team he has, once both Nunn and Ariza can give them some help on both sides of the floor in the coming weeks. The team is being very careful with having both return to the court, which is expected to happen sometime next month.