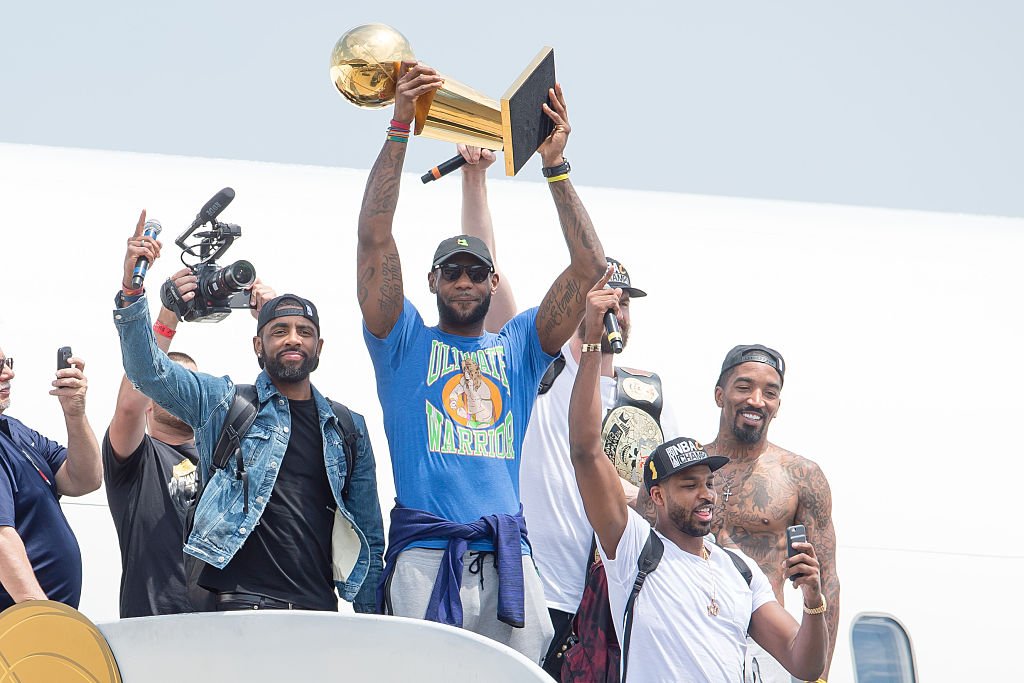 We all know LeBron James went on a social media black out during the playoffs because he wanted to focus on the task at hand: the NBA Championship. Whether that or watching Godfather a dozen times helped the cause remains to be seen, but the fact of the matter is him and Cleveland Cavaliers won. They took down the greatest regular season team in NBA history and accomplished something no other squad had done in the NBA Finals. They won after trailing 3-1 in the series.

You knew King James had to talk his shit upon coming back to social media and he did so today after arriving with the Larry O’Brien trophy to his hometown.

Aside from trolling the Golden State Warriors with that Ultimate Warrior t-shirt and Kermit sipping tea hat, he also had this to say to the haters about this season:

“They said u lost a step, wasn’t explosive as once was, the best days was in the real view, questioned your drive, your leadership, your commitment, you don’t have killer instinct, going back home is the worst mistake in your career, he got the coach fired, players traded, won’t work between him and Kyrie, Him and Kev won’t work, love your teammates to much, there’s no way he can deliver a championship in his hometown, etc etc etc…. But guess what THATS NONE OF MY BUSINESS #StriveForGreatness #ThisOneIsForTheLand #PutSomeRespeckOnMyName Hahahaha!!! Yes sir”

The doubters and critics can all shut the fuck up now.

OS REWIND: How JR Smith Partied After the NBA Finals