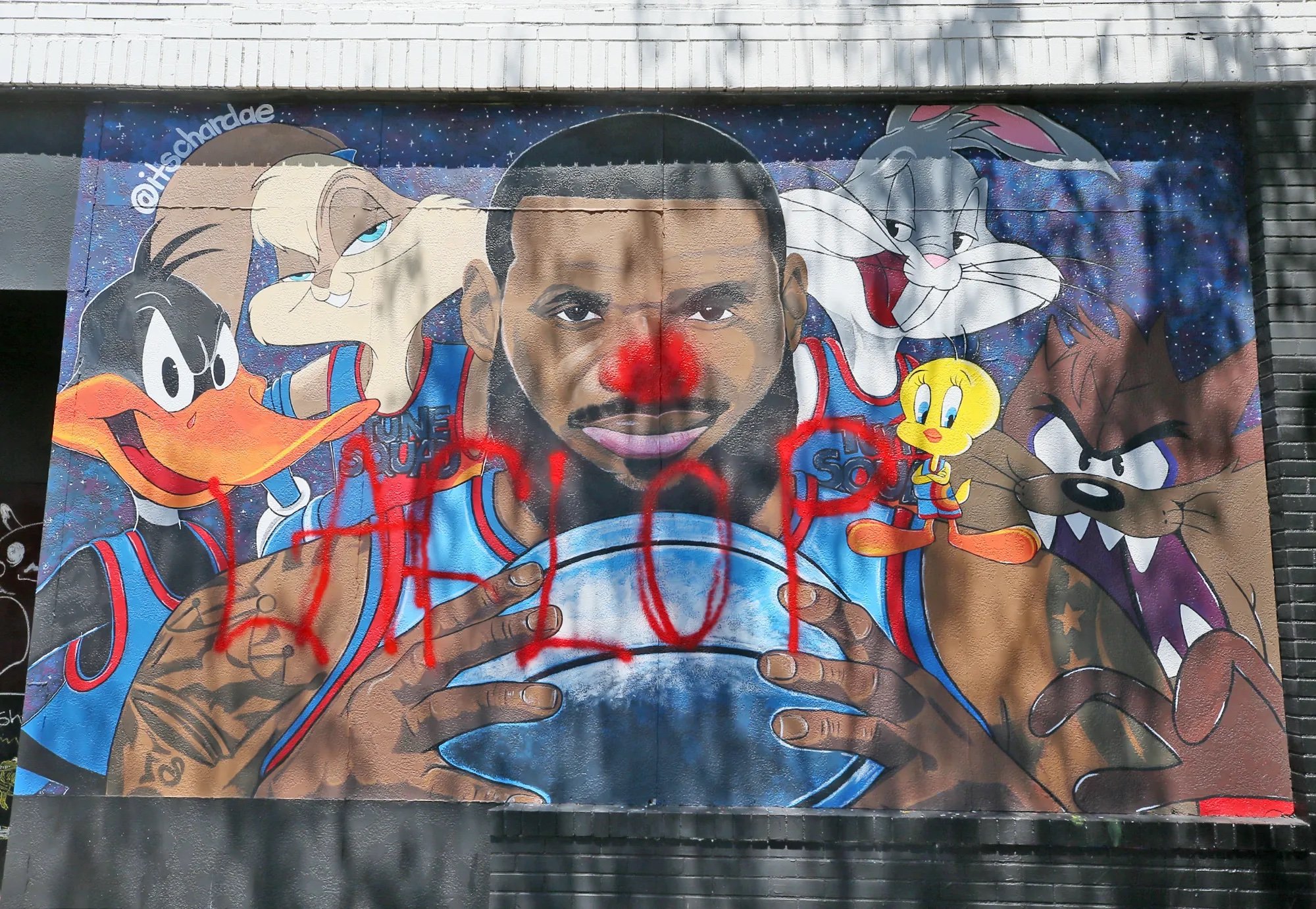 The King is Vandalized

With LeBron James just releasing Space Jam: A New Legacy two weeks ago, the film had an opening of $32 million in its debut weekend. However, what’s been the most shocking thing, is that the film plummeted to 69% in the second week, generating $9.56M.

Some are crediting HBO Max and the film being free to watch at home as the reason, but we’re not sold on fans of the franchise not wanting to see it on the large screen. So, with its hefty $150 million, it’ been reported that only $94 million has been back from all revenue – seriously down from huge expectations all parties involved had.

In related news, the official Space Jam mural starring LeBron James has been vandalized. This week, it was revealed that LeBron’s face was spray-painted with a clown nose, including the words, LA FLOP. What’s even more insane, is that the mural is just a few blocks away from his alma mater, St. Vincent-St. Mary Highschool.

It’s also near the state-tax-funded I Promise School, which was developed by Ohio for at-risk Akron school children. Before the start of COVID-19 quarantine, it was revealed Akron had the highest eviction rates in the state of Ohio.

This is currently still going on, as it also has a top 25 ranking for the unfortunate situation has risen despite rental assistance, eviction moratorium. Take a look at media below. 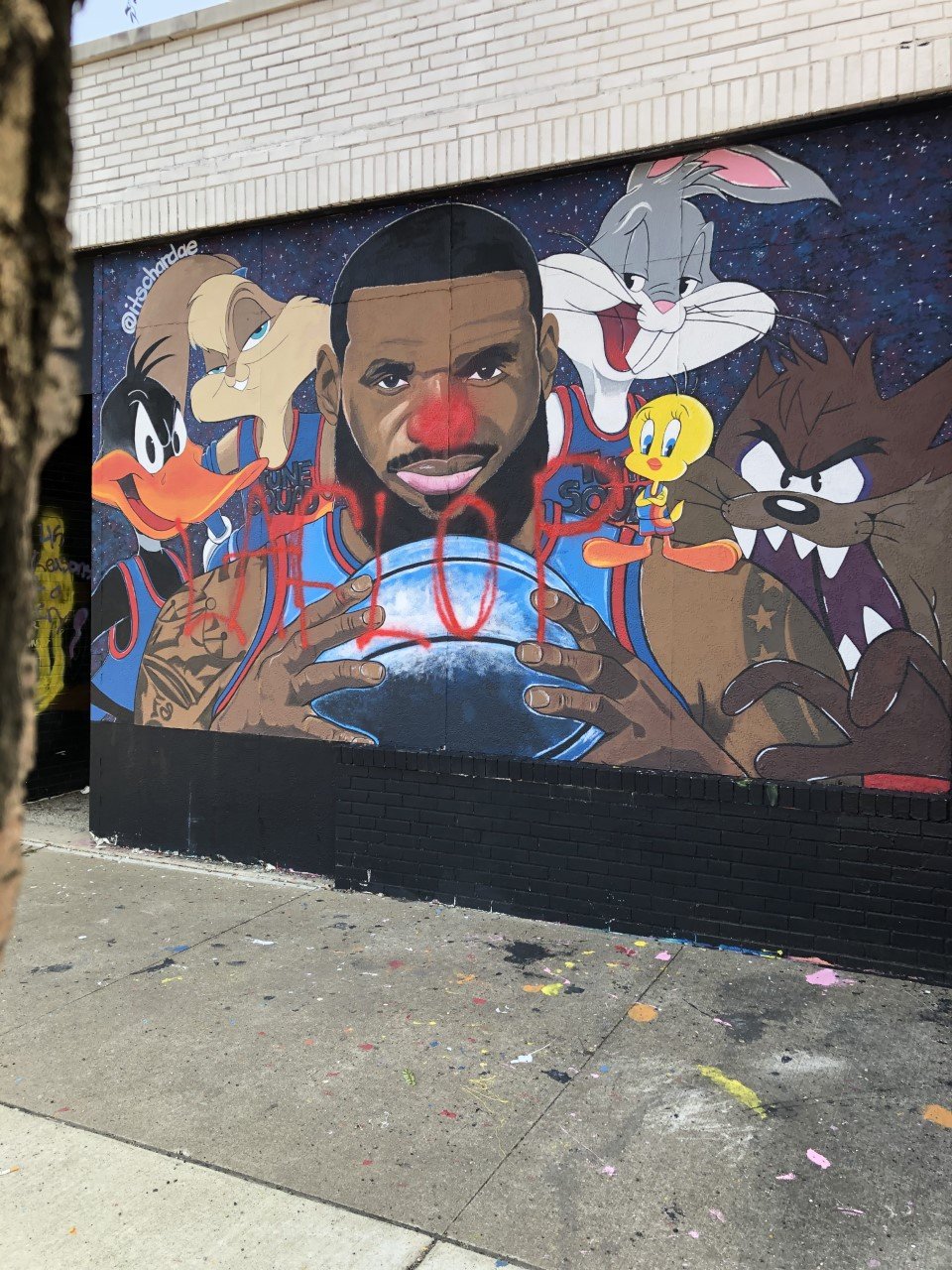