LeBron discusses his reasoning for wearing ‘I Can’t Breathe’ Shirt

Over the weekend, Derrick Rose quietly started an NBA protest in response to the Michael Brown death, wearing an “I Can’t Breathe” shirt. LeBron James was in Brooklyn Monday night for a meeting against the Nets (also in protest pictured below with JAY Z) and followed suit to show support to the direct family for their loss.

After the game, he spoke with reporters after their 7th victory in a row, revealing the shirt was in protest but to speak directly to the Mr. Brown’s family. Before things closed out, Bron would discuss how violence was not the answer and retaliation is not the solution – which is something people of the New York City have been doing this week with staging “die-in” sittings. The protest made its way from lower Manhattan to the steps of Barclays Center, which was something even special guests Prince William & Kate Middleton couldn’t avoid. 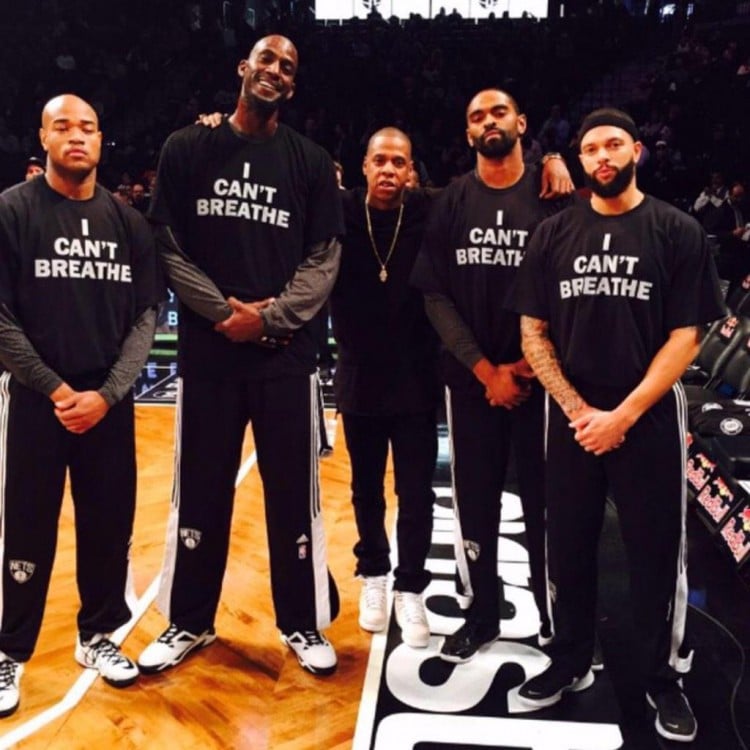 RELATED: Jay Electronica’s Opinion On Peace and Crime in America