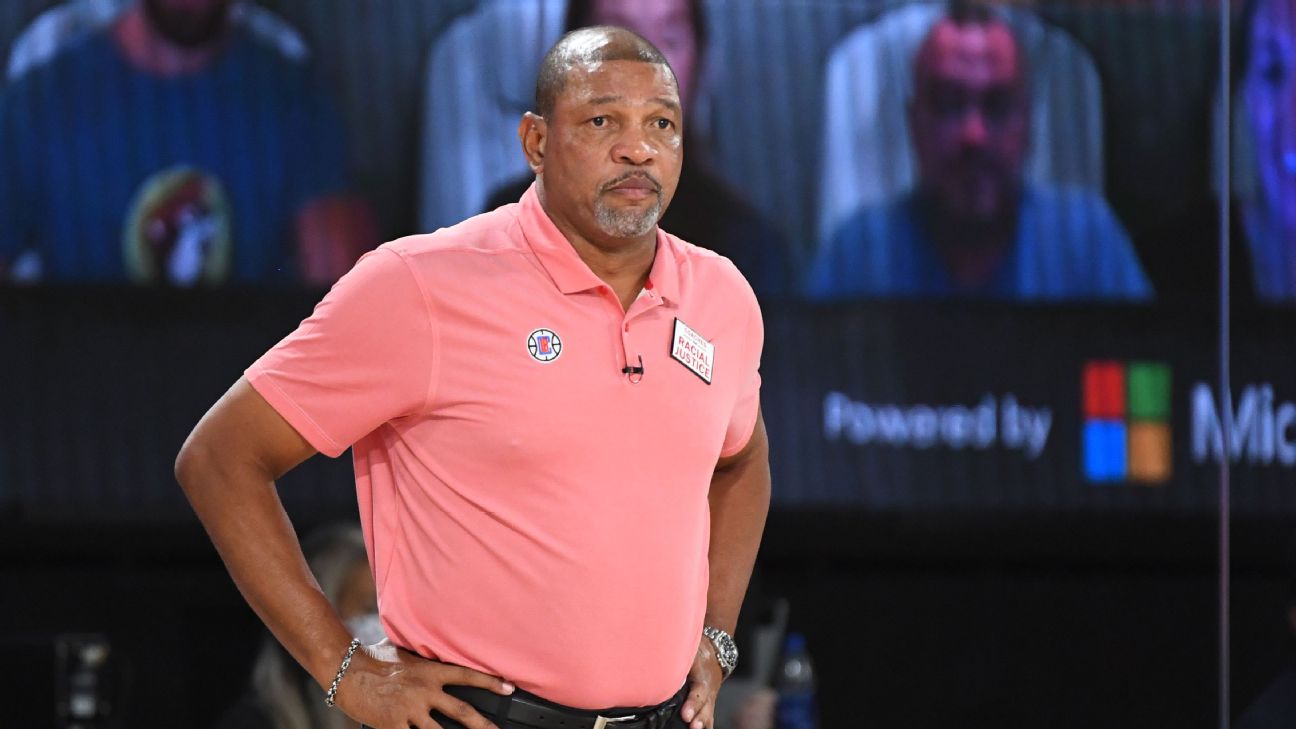 The Los Angeles Clippers were not satisfied with how the year panned out and now Coach Doc Rivers is collateral damage in an underachieving season.

As Adrian Wojnarowski reports, the veteran coach is out in L.A. following their embarrassing second round exit from the postseason by the Denver Nuggets, giving up a 3-1 lead in the series. It was championship or bust for the Clips this season, who didn’t quite reach their goal and now stare at disappointment. He had two years left on his contract as well, but the organization has decided to move in a different direction.

After the season, it was said that Paul George’s final speech was met with eye rolling, so it’ll be interesting to see if there’s more changes coming.

Obviously, both PG13 and Kawhi Leonard can be free agents next summer, so owner Steve Ballmer needs to win the title next year or it will all blow up and they will be left without any draft picks.

With several coaching vacancies open, Rivers will command a lot of attention in the market with teams like the New Orleans Pelicans, Philadelphia 76ers, Houston Rockets and Oklahoma City Thunder all looking for coaches.

Replacing a successful coach is a bold move by the Clippers, and if they don’t win the championship next year, it can potentially backfire.

Ballmer had this to say about the “mutual decision” and news:

“Doc has been a terrific coach for the Clippers, an incredible ambassador, and a pillar of strength during tumultuous times. He won a heck of a lot of games and laid a foundation for this franchise.”

Who could they even bring in that would change the culture and win them a championship?

Coach Doc Rivers is out with the Clippers, sources tell ESPN.

Doc Rivers had two years left on his contract, sources tell ESPN. This is a challenging coaching search for Clippers, who are the ultimate win-now team. Among top candidates in the marketplace: Clippers assistant Ty Lue and former Rockets and Knicks coach Jeff Van Gundy. https://t.co/Ov02RYNbK9

Sources: Ty Lue not only has the Clippers interested in talking to him for their opening in the wake of Doc Rivers being let go, but Lue has the 76ers, Rockets and Pelicans preparing to talk to him in coming days. Lue scheduled to meet with 76ers Tuesday or Wednesday.

Clippers owner Steve Ballmer on Doc Rivers being let go: “Doc has been a terrific coach for the Clippers, an incredible ambassador, and a pillar of strength during tumultuous times,” Ballmer said. “He won a heck of a lot of games and laid a foundation for this franchise.”

Sources: Names that will come up to replace fired Doc Rivers; Clippers assistant coach Ty Lue, who supposed to interview for Philadelphia 76ers job this week, and Jeff Van Gundy.

Bold with a capital B

When you have championship level aspirations, there are consequences when you fall short in the fashion LAC just did.