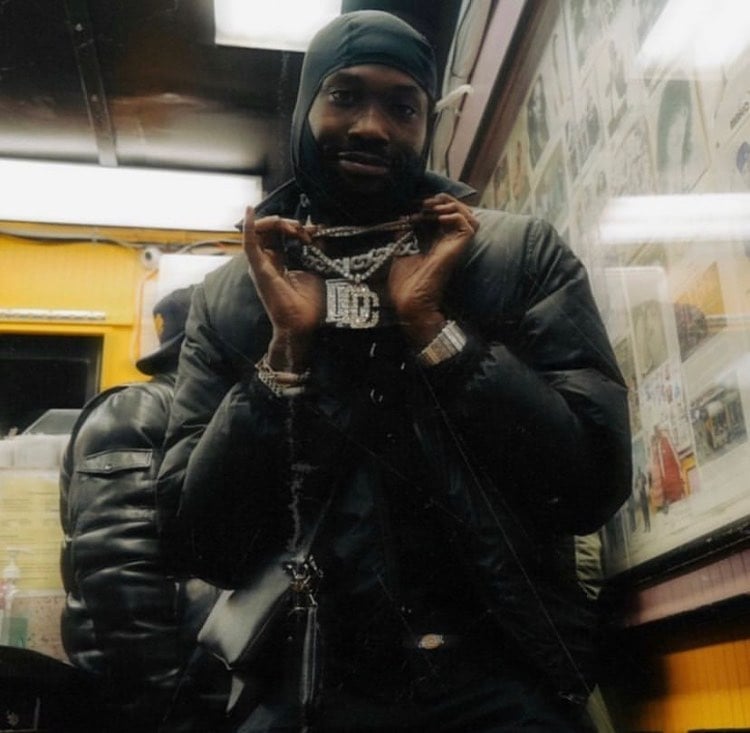 Meek Mill vs. Gary Russell altercation video raw footage revealed, as those in attendance breakdown what happened Saturday night in DC. With Meek in DC to support comrade Tank Davis, he was spotted backstage with the champ and even ringside for the big night.

However, professional boxer Gary Russell Jr. was also in attendance, as a debate was happening ringside on whether Gervonta was the best fighter in the world at his class. Washington DC native Gary Russell Jr. took offense to those claims, as a light scuffle between two entourages happened.

So much, that it caused a stoppage during a live event, as Wallo jumped in to prevent things from happening and told Meek to head backstage and avoid any further drama. Take a look at some of the breakdown below from those in attendance.

I would never let no petty shit escalate to let somebody movie run …. I just walked away .. I came to support tank and boots!!!!!! Good wins ✨✨✨✨✨

I was nice to everybody at that fight if you was there you saw! The blogs gone put up the aggressive part after I respond to something aggressive … everybody in that section seen my level of respect towards others… i just gotta step my response game up!

I have no business going back and forth that hard with a random person and we just talking about sports…so my apologies for wasting time for nothing! I had a few shots I know how to dodge those! Congrats Tank and boots!!!

Congratulations tankkk!!! I almost fought a boxer telling him this fight not going 12 rounds I missed the big bomb!!!! https://t.co/q5BHRZlWir