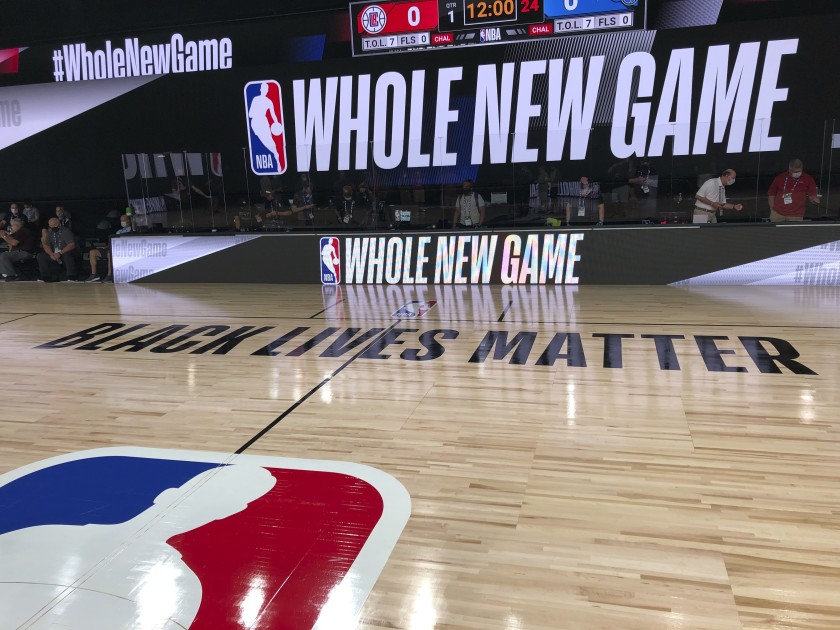 Earlier today, the Milwaukee Bucks refused to come out and play against the Orlando Magic in Game 5 of the playoffs. As a result, the Magic would not accept a forfeit and walked as well, in protest of the police shooting of Jacob Blake. The news out of Wisconsin has sent shock waves across the country and the NBA is fighting back.

After that decision of the Bucks to not come out, there was a trickle effect for the rest of the games, as the league cancelled everything happening today.

The Oklahoma City Thunder vs. Houston Rockets and Los Angeles Lakers vs. Portland Trail Blazers games have also been postponed and it is yet to be seen how it will effect the rest of the playoffs and postseason.

It is now being reported that there is a possibility that the rest of the season is in jeopardy.

Emotions are raw, players were already worn out of bubble environment prior to the Jacob Blake shooting and sources say discussions within teams are ongoing about postponing tomorrow's three games too — and beyond. "The season is in jeopardy," one vet player here tells ESPN.

The NBA, owners and front offices didn't see this wave of player boycotts coming today. Hours ago, they all expected to be playing these games tonight. This is a pivot point for the NBA and professional sports in North America.

While this is all happening in real time, NBAPA and league officials will certainly meet tonight and discuss the best course of action moving forward.

The cancelling of the season may be an unprecedented move, but something needs to be done to stop police brutality and wake up America of these injustices. This could be the first step in making that happen in the future.

Important to note. The NBA release says all three Game 5s will be rescheduled. pic.twitter.com/p39bfcPqbg

FUCK THIS MAN!!!! WE DEMAND CHANGE. SICK OF IT

This shit bigger than basketball! Whoever don’t understand that is part of the problem.

Proud to be apart of this League… even more today ! WE WANT CHANGE🖤🖤

Proud of our players! @Nba