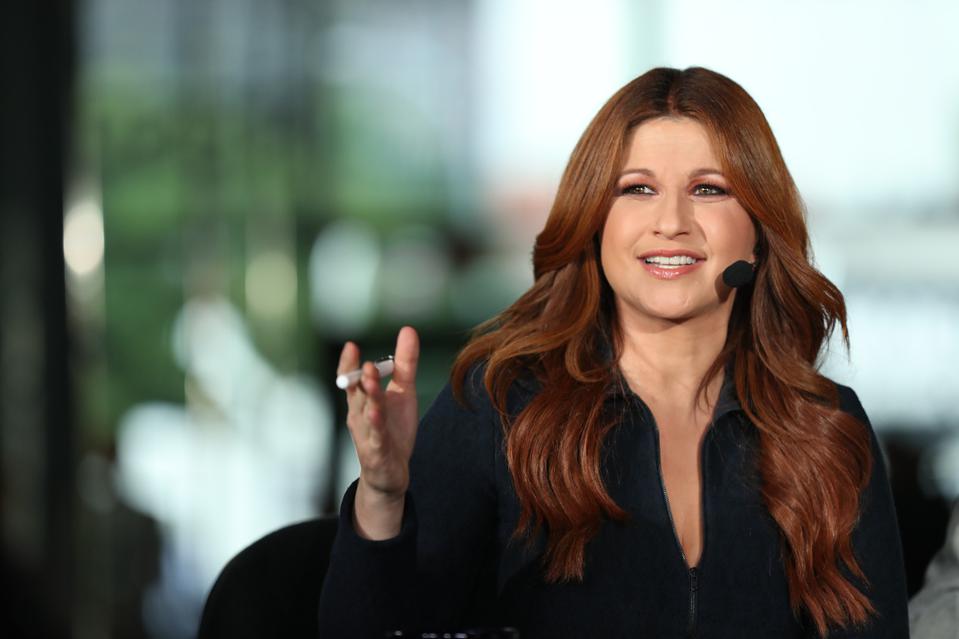 We saw The Jump was on ESPN today and wondered if Rachel Nichols would even be on, considering she’s been quiet on social media. Yesterday, the New York Times publishes an exposing piece on her comments during the bubble last year, when she was mad her NBA Finals hosting would be revoked in favor of Maria Taylor.

Obviously this caused a ripple effect of backlash on social media, with audio and details of the story making its rounds on the Internet.

Today on The Jump, a teary Nichols apologized for her comments and for hurting Taylor. She also said she feels lucky to be part of the team at the network and didn’t want to turn herself into the story (apparently one of the rules she learned at journalism school).

It lasted all but 25 seconds.

Kendrick Perkins and Richard Jefferson then joined in and said their peace and the show has continued like normal.

Truth be told, there are commercials that last longer than that apology.

It’s unclear how the network will deal with this latest controversy, but it’s apparent that not much will happen because Nichols is still hosting The Jump like it’s business as usual. We’re not sure how much more uproar it would take to get her suspended or have any action taken against her, considering nothing happened when this leaked internally and nothing is happening now.

Either way, the NBA Finals start tomorrow at 9:00pm EST.

Oh yeah, shoutout to Adrian Wojarnowski for saying she was a bad teammate to network executives in that NYT piece. That was comedy.

Bruh, Woj is the 🐏 for this pic.twitter.com/158JjEFRwo

UPDATE: Looks like ESPN is finally taking action and has decided to remove Rachel Nichols as NBA Finals sideline reporter in place of Malika Andrews. We’ll be waiting for the leaked phone call of her reaction in 2022.

ESPN announces Malika Andrews will replace Rachel Nichols as sideline reporter during the NBA Finals: “We believe this is best decision for all concerned in order to keep the focus on the NBA Finals. Rachel will continue to host The Jump.”

let’s discuss rachel nichols….this is a tale as old as time 🤦🏽‍♀️ pic.twitter.com/t7Rv9t6EQI