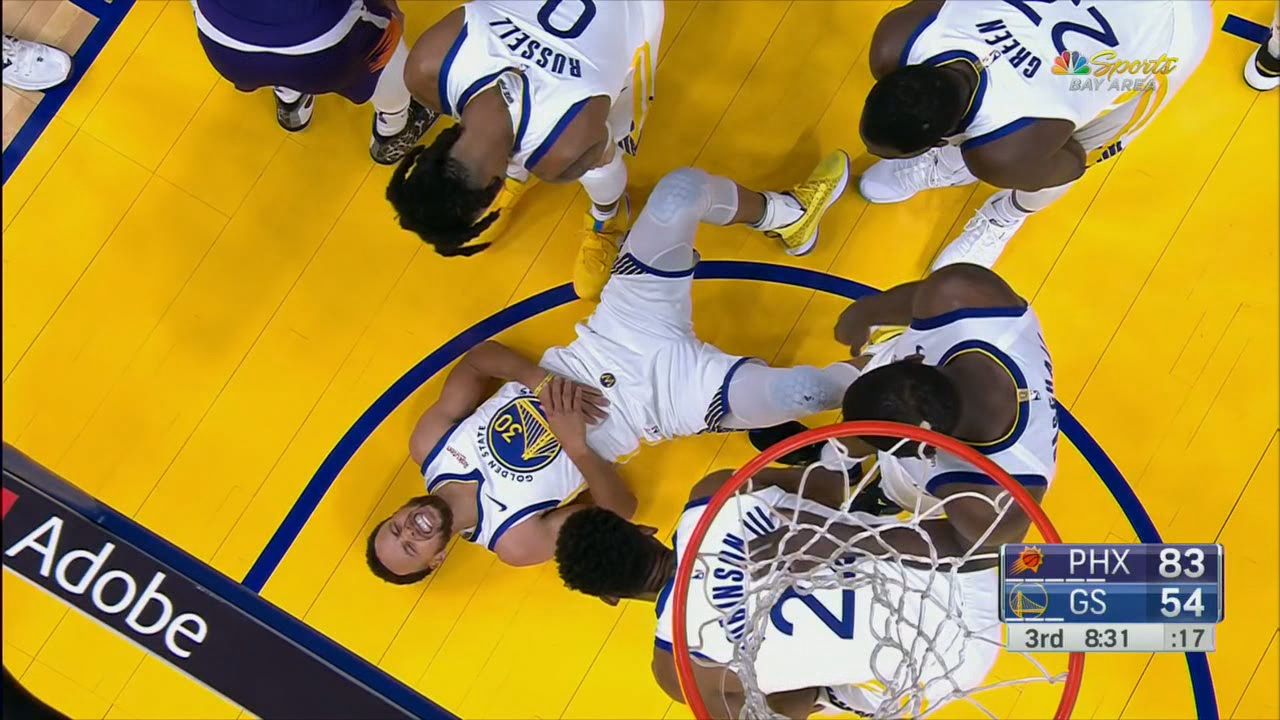 A few days ago, Steph Curry went down awkwardly on his left hand when driving to the hoop and Aaron Baynes landing on top of him at the same time. At the time, it was diagnosed that it was a broken left hand/second metacarpal and after tests and MRI’s, the extent of his injury and timetable for return has been set.

Following surgery on his broken hand, the Golden State Warriors have announced that he will be missing at least three months or more, but is expected to make a full recovery.

The organization will probably be careful and not rush him into action right away, especially after the team has been decimated by injuries to Kevin Durant, DeMarcus Cousins and Klay Thompson over the past few months.

His status will be updated in February to see how his hand has healed and when he’ll resume basketball action for the Warriors.

Without both of the Splash Brothers the season looks grim for Golden State in their first year at the Chase Center, but they have had five seasons of historic success, so this step back will only help their young players who need time to develop under Coach Steve Kerr’s system.

It is most likely that the Warriors hold Curry out for as long as necessary, regardless of how the team is doing this season, though management is not looking to tank. The General Manager has stressed they have a culture of winning and will not succumb to losing mentality at any point in time.