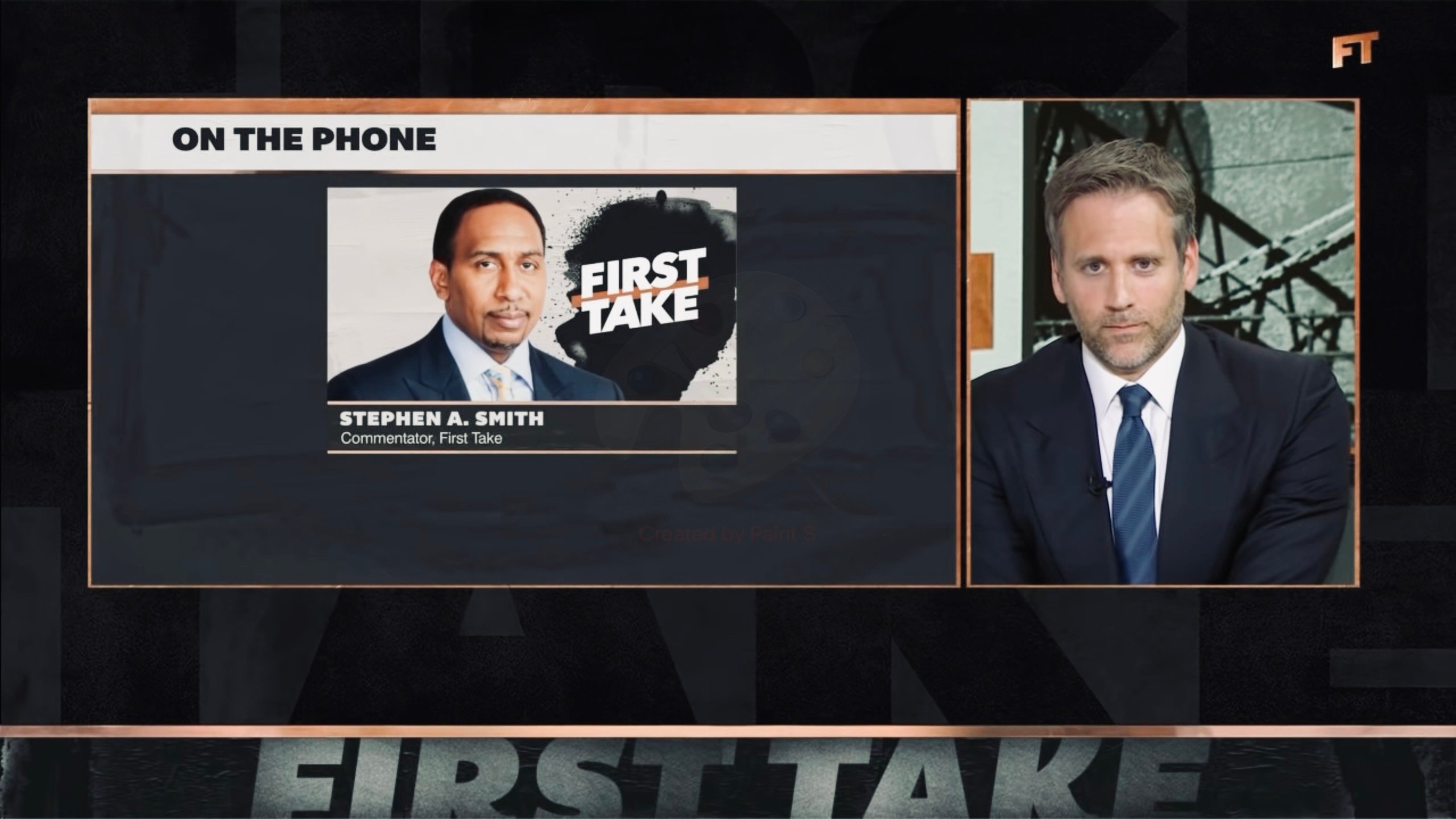 Stephen A. Smith, Max Kellerman last First Take video, has some saying the face of ESPN wasn’t keeping it real this week. Last week, the NY Post broke a story saying that Stephen A Smith wanted Max Kellerman off First Take for years.

This isn’t because the show is losing to FS1 Undisputed in engagement rate from viewers, but simply because he doesn’t want to look bad. It all dates to the Terrell Owens comments, when the NFL legend said Max was “blacker” than Stephen A.

That comment never sat well with him, as it continued for the course of his run with Max on ESPN. It’s being reported that Michael Irvin is in talks to join the debate desk every morning, but we don’t see how that’s humanly possible with the iconic Dallas Cowboys player.

Now, following the announcement Max was leaving, SAS has not been seen on TV for two weeks, as he had nose surgery. This isn’t coincidental, as many felt he purposely did this to see Max face-to-face.

Shockingly, those two have never had an issue behind-the-scenes, but it was very questionable of Mr. Smith to schedule his surgery, right as the change was happening.

The network is looking to give Stephen his own late night talk show, where it’ll be likened to Jimmy Kimmel within the Disney umbrella. Take a look at Max’s goodbye below.