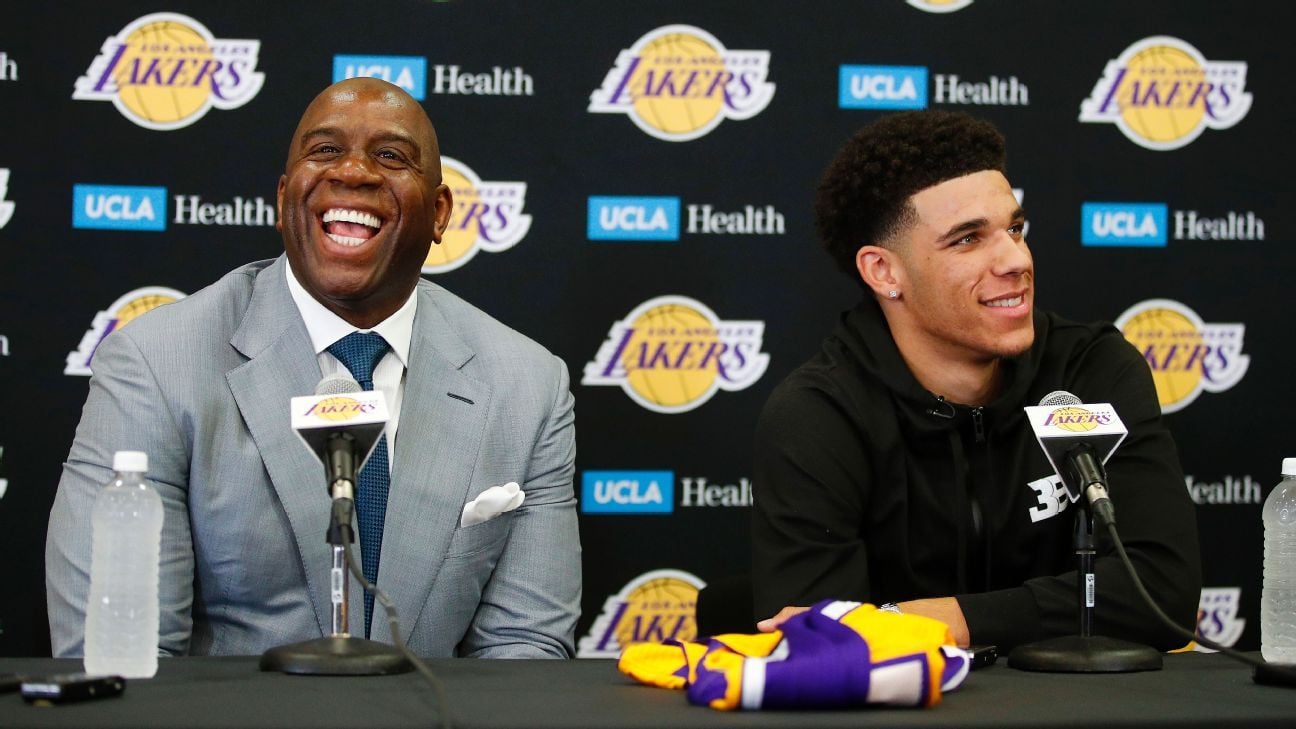 Remember when Lonzo Ball was supposed to have his jersey in the Los Angeles Lakers rafters? Magic Johnson said those bold words shortly after drafting him.

As a guest on today’s First Take, Stephen A. Smith had to go at him a little bit for that move, especially after it was reported over and over that when he was President of Basketball Operations, he wanted to trade the entire young core to the New Orleans Pelicans for Anthony Davis.

.@MagicJohnson not afraid to stand by picking Lonzo Ball to go to the Lakers 😅 pic.twitter.com/bmWgobR462

The move happened after he stepped down from the organization but he set the precedent.

Aside from that little segment, Magic was on the show to talk about why Zion Williamson won’t be an All-Star next season, which L.A. team has the most pressure and why he wants Kevin Durant to be happy no matter where he is at.

KD actually responded, but deleted it once he realized he wasn’t on his burner.

KD forgot to switch to the burner, again, damn pic.twitter.com/FOGMqZjx00