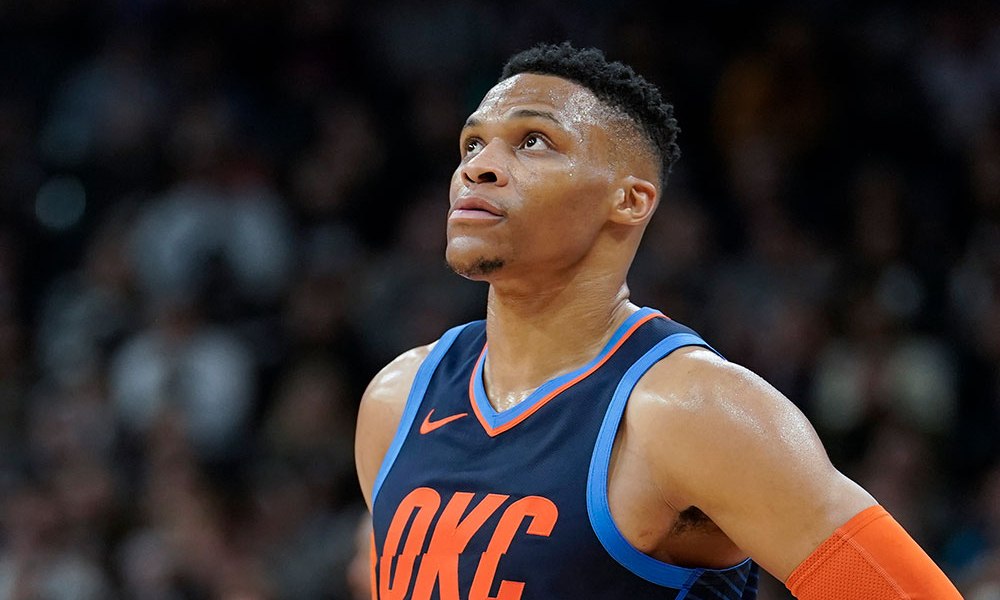 After Paul George was traded to the Los Angeles Clippers to pair up with Kawhi Leonard in their hometown, it felt like the writing was on the wall.

The Oklahoma City Thunder were over as we knew them and a rebuild was in motion.

It was reported that teams like the Detroit Pistons, Houston Rockets and Miami HEAT were all vying for Russell Westbrook‘s services and the organization wanted to do right by him to send him to a team he actually wanted to play with.

Turns out that team was the Houston Rockets to reunite him with James Harden.

The Oklahoma City Thunder have agreed to trade Russell Westbrook to the Houston Rockets for Chris Paul, first-round picks in 2024 and 2026, pick swaps in 2021 and 2025, league sources tell ESPN.

Thunder are playing a long-game unseen in recent NBA history: Seven additional first-round picks lined up through 2026 — plus four pick swaps — via deals for Paul George and Chris Paul.

Oklahoma City GM Sam Presti worked with Westbrook and his agent, Thad Foucher, to deliver the former MVP to his preferred destination: A reunion with James Harden, per sources.

WHEELS DOWN in OKC!!! Feels good to be back in oklahoma…this was the first city to introduce me to the NBA bc of Hurrican Katrina…

The Thunder was focused first on doing right by Russell Westbrook in this trade, sources said. He preferred Houston, a source said. Now they’ll turn their attention to Chris Paul and what he wants. Remember, CP3 began his career in OKC (relocated from NOLA briefly)

The move swaps out CP3 for Russ on the Rockets, making the Rockets stronger on paper. Critics are wondering how his game on the court will mesh with Harden, since the two need the ball in their hands a lot, but it feels like the two could mesh better than Paul did with The Beard.

On the other side, the Thunder amass even more draft picks (a total of eight) as they have gone on a full blown rebuild.