EXCLUSIVE: What’s Next for Tyson Fury after Embarrassing Deontay Wilder with Knockout 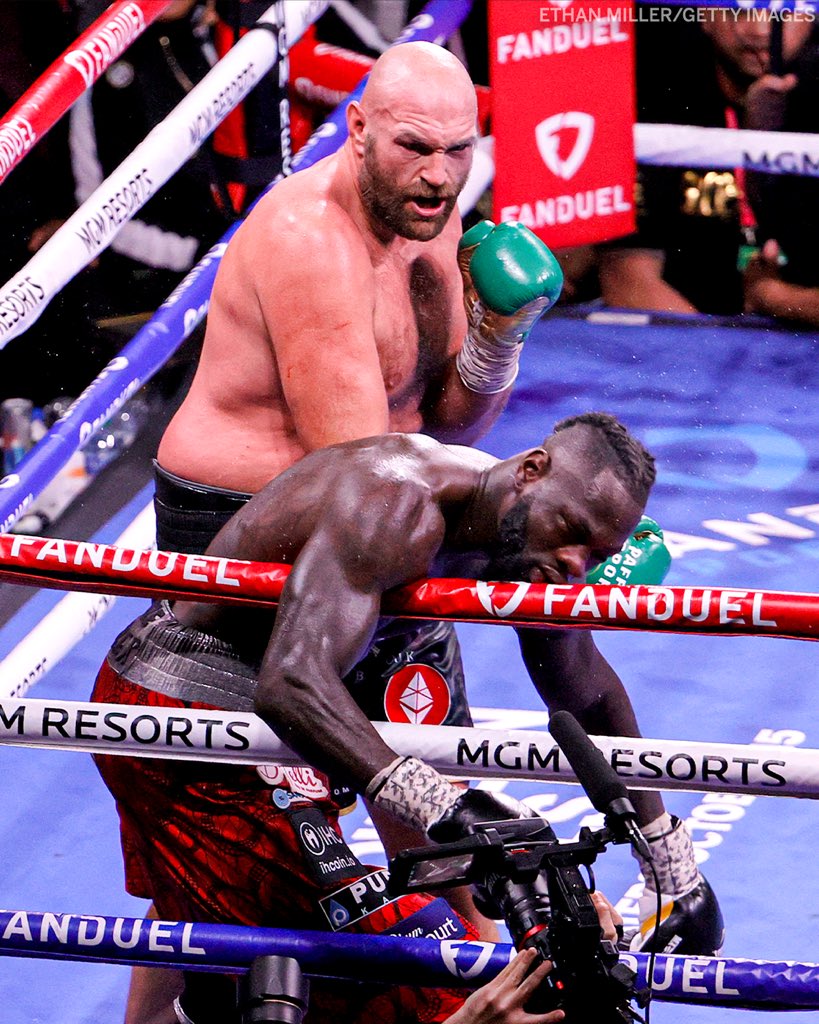 Tyson Fury vs. Deontay Wilder 3 full fight recap video highlights are available, as we examine what’s next for the future of boxing. To no surprise, the world witnessed Tyson Fury successfully defeating Deontay Wilder in an 11th round KO. However, we were shocked to see Wilder lasting this long in the ring, including the inclusion of a left jab.

Considering Fury is the most skilled fighter in the heavyweight division, he immediately adjusted to Wilder’s gameplay before the end of the second round. While Deontay would eventually get his two knockdowns in the early stages of the fight, it wasn’t enough for Fury who controlled the pace of everything in the later stages.

The thing where Wilder messed up the most was only using his arms to throw jabs and not his legs. This allowed Fury to counter-puncher every hook that was thrown by Deontay and allow himself to rest through the entire fight. By the 4th round, Wilder was exhausted from punching himself out and lasted a few more rounds before being ended.

With reports emerging that Fury will be fighting the winner of Dillian Whyte and Otto Wallin’s October 30th fight, he’ll have to wait until mid-2021 before his next fight. It’s likely that Whyte will be victorious in the bout later this month, as he’ll be bringing his WBC interim heavyweight title to the table against Fury.

Now, you’re asking yourself, what about Oleksandr Usyk, current holder of the WBA (Super), IBF, WBO, and IBO heavyweight titles. Anthony Joshua has a rematch clause with Usyk, with their second fight likely in Russia next spring. After Usyk wins, and Fury has every heavyweight belt except the collection Oleksandr possesses, Tyson will be looking to retire before the end of 2022.

Fury has nothing else to prove in boxing and is currently on his victory lap in the sport at defeating what’s left of the competition he’s ran through. We might get an Anthony Joshua vs Deontay Wilder holiday 2022, but it won’t have the same merit it had before.

That’s why it’s important for these promotions and boxers to get the most out of the moment and not fuck over the fans that want fights when we want them. Sadly, the Joshua vs. Wilder showdown doesn’t mean anything anymore, which could’ve been one of the biggest generated fights in the history of boxing.

Anthony Joshua when he realises the the options for the next fight are Wilder or Usyk or Fury pic.twitter.com/IBWRPQ4547