Star Explains Why DJ Akademiks Will Likely Edit Out A lot of 6ix9ine vs. Wack 100 Argument 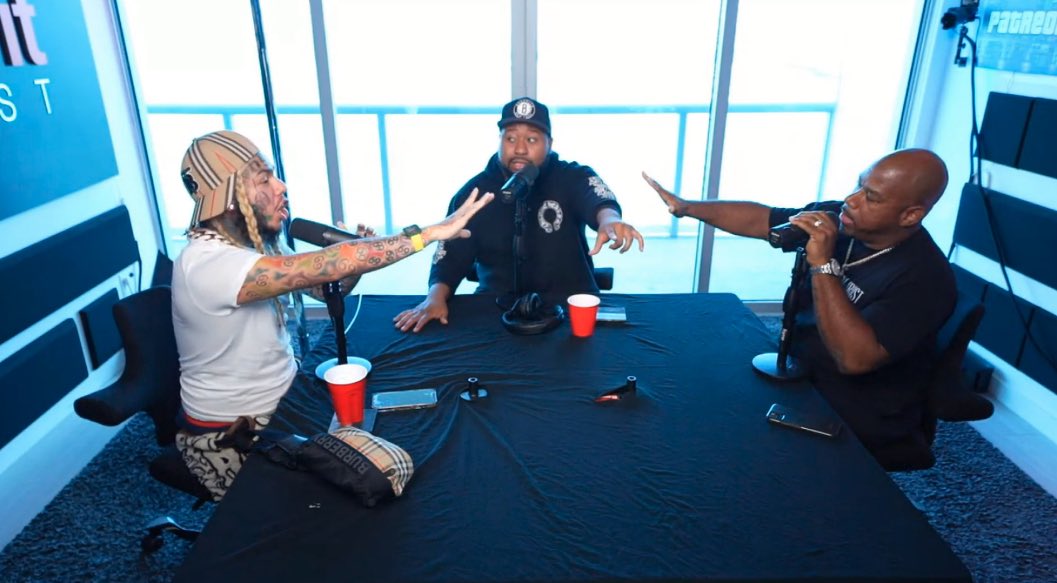 6ix9ine vs. Wack 100 interview preview video has some people baffled that this well-known Piru member is sitting down with an informant. During the era of Everyday Struggle, Star was without a doubt the most feared person discussing hip-hop media on commercial platform.

So much, that Complex had a disclaimer run during his tenure there, explaining views expressed on the show were not part of their branding. On the show, Mr. Torain revealed several incidents, where his comments that were too real to air, would be taken out.

In a sense, he believes that a lot of the 6ix9ine vs. Wack 100 argument will be edited out to not have a certain party looking bad in the general public. There, at Everyday Struggle, the conversations Star wanted to have been so real, that the late great Nipsey Hussle even agreed with him before leaving the set of the show.

One episode he spoke on, was when Blac Youngsta arrived on set. Initially, producers believed Star would hate on the man. Instead, he showed ultimate respect to the Young King, which is what he’s always been about.

After his exit from the show, where he blacked out on Ak, Star confirmed that the best stuff he said was always erased from the final released versions of each episode. For those of you that remember the debut episode, where Star roasted Ak on camera, that was the type of energy he had for every episode.

It’s just unfortunate that it was watered down every day, where the show could’ve surpassed Joe Budden’s run in our opinion. From his own experience at the show, you can look at Star giving light to the interview with Philadelphia comedian Michael Blackson that had everyone shocked.

Let us know in the comments what you think below.