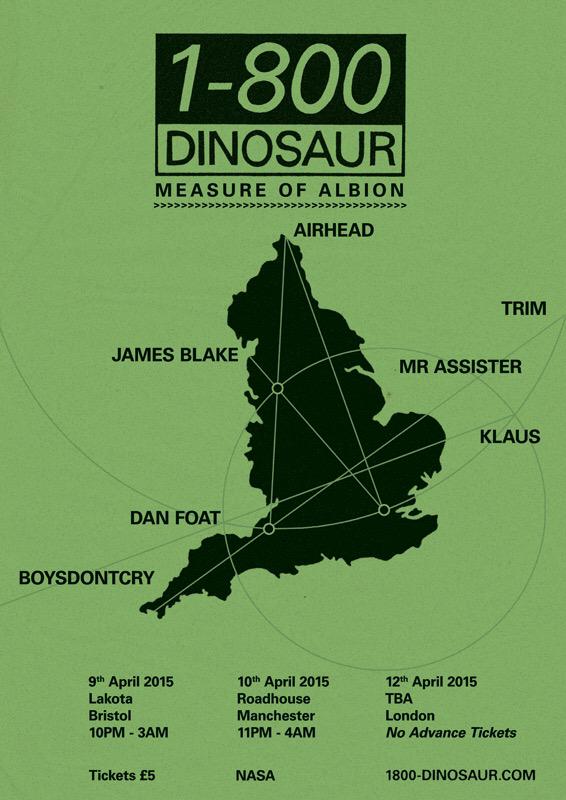 Following news of a Frank Ocean album coming out July, it’s been announced that the singer will join James Blake and the rest of 1-800 Dinosaur on a quick tour of the UK. While Frank’s name isn’t actually on the poster, the cryptic use of BOYSDONTCRY, the title of his upcoming album, is used as a stage name. If you’re in Bristol, Manchester or London on April 9th, 10th or 12th, you’ll have to act fast for a ticket worth just £5.