Jason Derulo just released his new album Platinum Hits last week. Among those platinum selling hits of his was the new single “Kiss The Sky.” Which probably would have landed on the album had he waited some time for it to do numbers like the others. Anyway, Derulo is back today to premiere a music video for the Thomas Troelsen and Thomas Eriksen produced smash. In the video, Jason Derulo starts out his day getting ready and making it to work, which wasn’t hard since he sleeps where he works. It’s all chill until he gets into the groove and starts to turn up with the guests and leading an all out dance party as he performs the song. 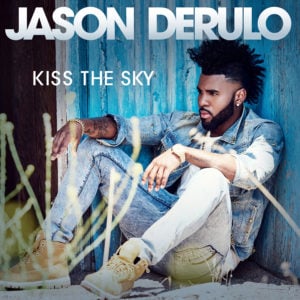