Last holiday season, Jay 305 started his major distribution wave, with the release of his “Yuck It Up” single. With the Los Angeles rapper gearing up for his major debut, ladies soon started a #YuckItUpChallenge – which featured many models, dancers and random bad bitches getting right with the cut. Well, listeners get an official music video for the track, as the OpM representative gives a first-hand look at what happens when he’s not running the streets or taking over a stage. 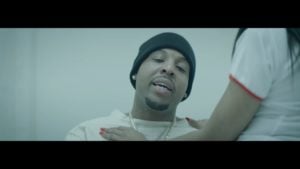