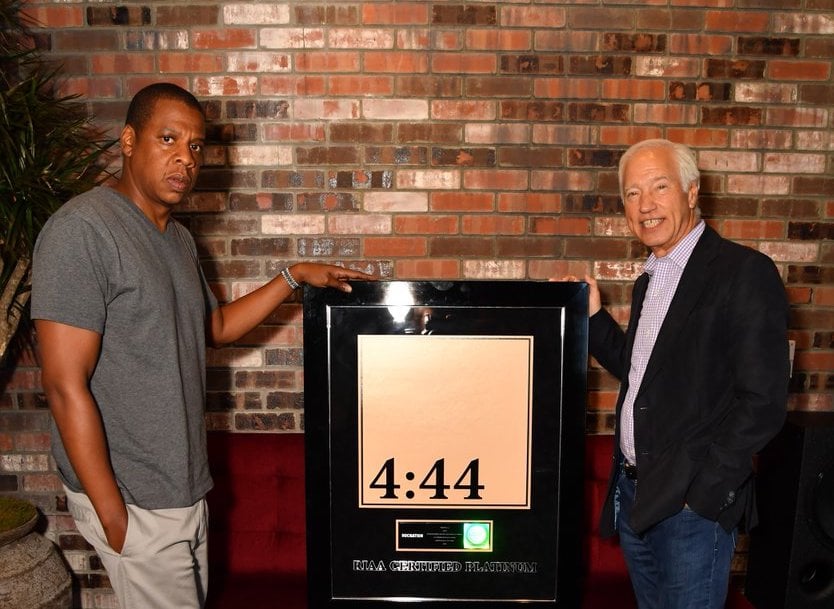 JAY-Z‘s 4:44 hasn’t been out for a week yet, but it’s already gone platinum. Following its release this past Friday, the RIAA has announced that Hov’s 13th studio album has officially reached platinum status off streams alone (we assume), with the album not even available to purchase. That’s one million units in just a few days.

Despite it now being available to all TIDAL subscribers, the album was first only available to stream to Sprint customers or if you had subscribed to the service before midnight on release day.

UPDATE: Forbes reveals Sprint is to thank for going platinum so fast.

According to a source at the RIAA, it appears that Carter has Sprint to thank for 4:44’s swift certification. Under the program’s rules, there needs to be demonstrated consumer demand in the United States, either for an on-demand stream or a sale. A sale counts toward a certification if purchased directly by the customer. Alternatively, a business can purchase the album or song and offer it to listeners. That listener then must take affirmative steps to acquire the album or song.