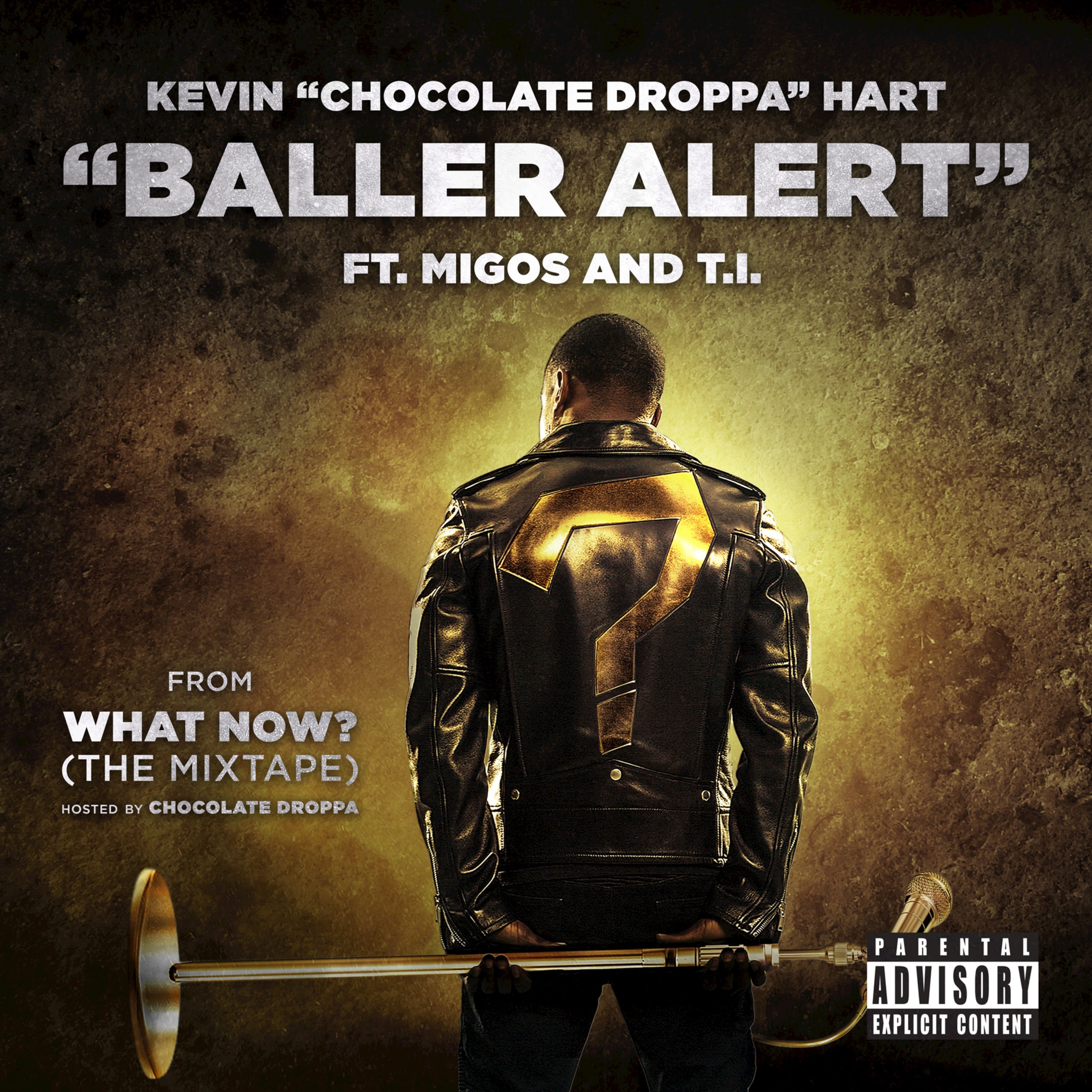 Next month Kevin Hart‘s most highly-anticipated stand-up comedy movie What Now? is set to hit theaters. Looking to build some more anticipation around the film, Hart will be releasing a new mixtape aptly titled What Now? (The Mixtape). The project is set to be hosted by his rap alter-ego Chocolate Droppa and he shares the first single off it today. That single is the Quavo and Tip collaborative song “Baller Alert.

You may have heard the song and seen the video already as it released earlier this year as part of Champs Sports ‘We Know Game’ campaign, but it gets a slight touch up with additional ad-libs being provided by Droppa himself. It sucks we didn’t get to hear him drop a sixteen, but I guess he’s saving those rhymes for his upcoming album.