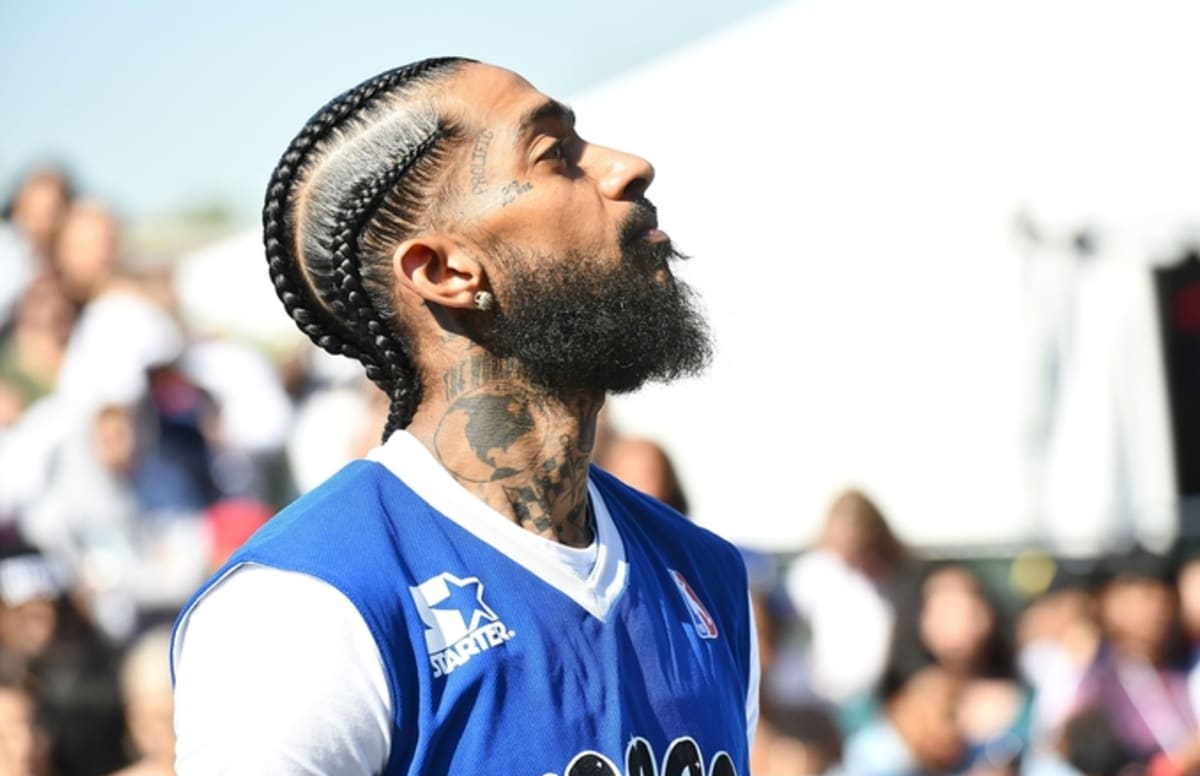 Nipsey Hussle‘s “Celebration of Life” memorial at STAPLES Center was such a beautiful event with many memorable moments, as we heard about Nip through the perspective of those closest to him. From his mother, father, brother, sister, friends and more talked about stories that they remembered about him.

During the ceremony, a letter from the 44th president of the United States, Barack Obama was read, as he paid tribute to Nipsey for all of his work in the community and his example to the youth to follow.

JAY Z also penned a letter of his own.

Kendrick Lamar wrote something dedicated to Nipsey, explaining some memories of him on tour and how he saw him back then and what he became as his career continued.

Read both below. Rest in heaven Nipsey Hussle. 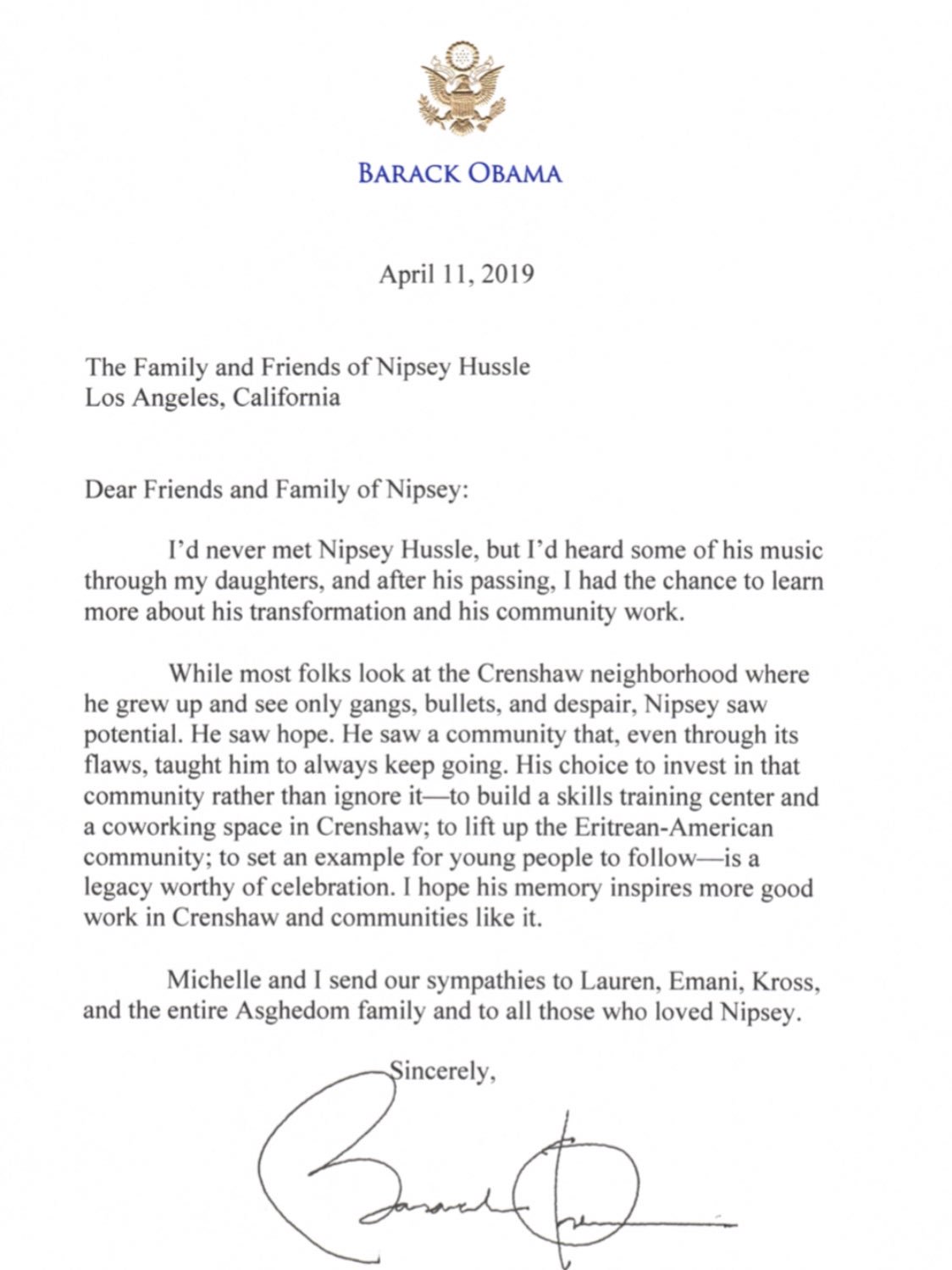 “Renown late Professor, Dr, Howard Thurman introduced us – many years ago – to the existence of a new black man…

“…. there is something in every one of us that waits and listens for the sound of the genuine in ourselves and that IT is the only true guide that we would ever have. And that if we cannot hear it, we will all of our lives spend our days on the ends of strings that somebody else pulls!”

“Top of the top,” this is how Nip always greeted me in the morning as if he was reminding me that he was steadfastly holding on to the top of the top of his own life string and destiny!

The world just got to see a flash of your brilliance.

You were a curious soul who was evolving at a speed that was truly inspiring.

The seeds you have planted are already bearing fruit.

The outpouring of admiration is testimony to the love and respect you’ve farmed.

Sleep well King, The Marathon continues as a line of energy for all of us to consider.”

“In 2009, I remember trekking cities alongside Nipsey and family. Both performing as opening acts on The Game LAX tour. Our sprinter van trailed their mobile home from state to state.

Though I was there as support for my brother Jay Rock, Nipsey greeted me as one of his own. And that was very commendable. Casually, I would go out to the crowd and listen to the substance he spewed on stage. Thinking to myself, this is the type of talent I want to be a part of. His charisma and way with words was powerful. But his integrity as a person made me even more enthused.

I watched a young, ambitious black male orchestrate fellowship amongst the men around him on that tour. Determined to execute one thing—and that was Greatness. Greatness in knowledge, greatness in wealth, and greatness in self. My curiosity about who he really was started to grow from that moment in time. Was he a product of Crenshaw and Slauson? Was he a radical? Or was he a thinker? That mystique kept me engaged throughout his life and career. The years progressed, and my admiration grew from up close and from afar. Watching his interviews, his philosophies, and his work amongst the black community.

Time surely revealed itself. I realized Nipsey was all of those perspectives. But most importantly, he was a vessel from God. As my heart aches for him and his family, I understand that the Most High doesn’t make mistakes. I pray that Ermias Foundation continues to blossom. I pray for those who trespass against it.

Real Love Never Dies When you see me, you will always see him #LoveYouHussle #TMC

OS REWIND: An Intersection In Los Angeles To Be Named After Nipsey Hussle
OS REWIND: Nipsey Hussle’s ‘Victory Lap’ Album Climbs to No. 2 on Billboard Charts