Reminisce With The Inventors Of The Group Mixtape: Dipset 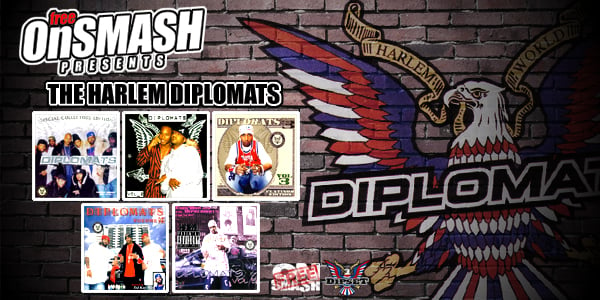 During the early 2000’s, The Diplomats were the first organized faction in hip-hop to release a mixtape as a collective unit. Prior to that, we never had anyone releasing promotional music for the streets, but more-so, just mixtape freestyles for various DJ’s across the country. There was never a Wu-Tang, Lox, Bone Thugs-N-Harmony, Dogg Pound, and UGK, (to name a few) mixtape that was released prior to the Dips.

We have to commend 50 Cent for influencing the game and using mixtapes more wisely after 50 Cent Is The Future, but the Dips were first out the gate with it, in traditional uptown trendsetter fashion. Along with DJ Kay Slay (giving the mixtapes that street stamp of approval), we witnessed some powerful music in the process leading up to whenever the group was preparing for a big drop. Without the Dips setting the tone in the game with the mixtapes, there probably wouldn’t be current projects from your favorite groups today (ie. Jet Life, Maybach Music Group, A$AP Mob, etc).

It’s been nearly 10 years since the dips have released an official mixtape, but we decided to pay homage to the group today, taking a trip back in time to the Diplomats and DJ Kay Slay series. The group was set to reunite in 2009 after their “Salute” single, but scheduling conflicts have caused them to hold off from delivering an organic project.