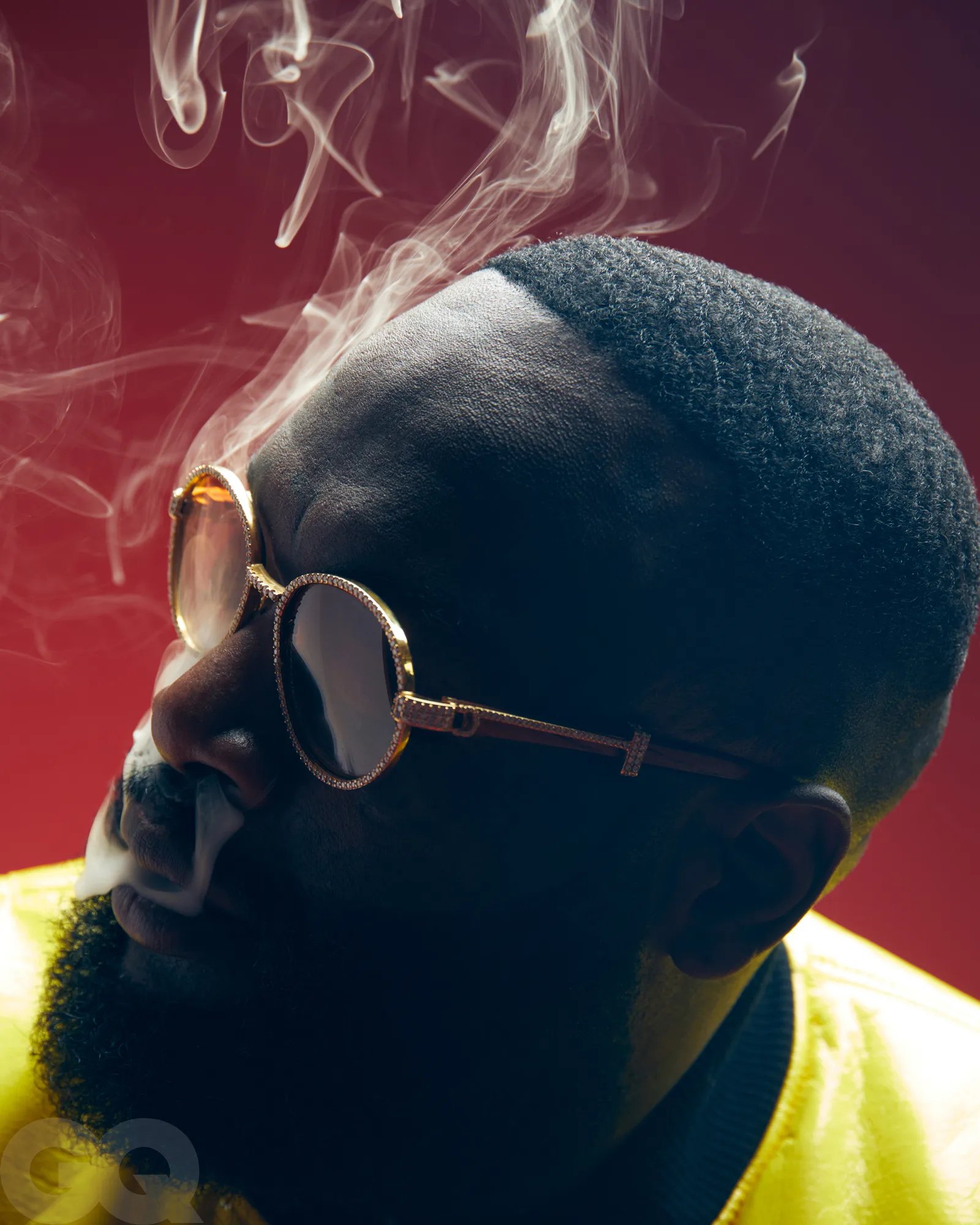 Rick Ross mocks 50 Cent, Lloyd Banks Starz deal, following the release of his new street album Richer Than I Ever Been out now. Following a recent trip to GQ magazine, this conversation with the popular platform has gone viral.

While at GQ headquarters, the Bawse discussed a potential VERZUZ battle with 50 Cent, where he cited it wouldn’t be competition for him.  This prompted Rozay to open up on the business side of things with Kanan at Starz Networks, citing how much the Queens mogul made for producing the Black Mafia Family TV series.

Take a look at more from the conversation, where he has words for his long-time foes at G-Unit.

The one with 2 Chainz was good vibes, though. Would you ever do one that was a little charged up, a little more contentious and competitive like Dipset and LOX? Like… would you do one with 50 Cent?
You got to ask yourself would he come and do a Verzuz with Rozay. I mean, you got to ask yourself honestly, would he come and stand next to Rozay in the arena or wherever it would be? That’s really your question. I don’t even think it’s a question of if I would do it. That shit light.

Have you been watching BMF, considering your own BMF connection?
Man, I saw the first [episode]. I was just trying to support the homie Meech [the incarcerated head of Black Mafia Family whose rise the 50 Cent-produced show chronicles], the n-ggas in the street. I’m a real n-gga. I could put [my issues with 50] to the side. I know he may have made a quarter million off the whole season. I’m happy he made that quarter. [I laugh at his backhanded compliment] You know that’s what he made. Why you laughing like that? And make sure you put all these details in. I’ll never let you interview me again if you take that out. Keep it. But, look I know he made 250k off the whole season, and that’s good. Tell him I said, “Congratulations.”

I’ll thumb through your IG stories—talking about 50 reminded me of this, because you’ll just be like, in your crib drinking Belaire…and blasting Lloyd Banks. Who is obviously associated with someone you have a very public beef with. And you’re nodding along to some classic G-Unit or classic 50 and then yelling “Banks, you need some money?” It’s very dry and hilarious.
Come on, man. Be honest. You know it’s rough out there. Sometimes you just got to be honest. Tell Lloyd that I’ll let him come to the promised land, and I’ll have a conversation with him. I don’t have no problem with Lloyd Banks.

Well, you respected the music when you were rapping along. You listening to “Hate It or Love It” is a classic clip on Twitter.
What I said?

Well you specifically dialed in on the line about his mother…
Because his mom, he said she was a bulldagger, right? That’s what you liked. And that was dope how he said it.