While Ronda Rousey was busy being the badass of the night, Selena Gomez brought some lighter sexy to the Saturday Night Live stage for the first time ever. The 23-year-old singer was obviously excited about her live TV performance, teasing fans of what to expect throughout the day and even moments before the blizzard edition of the comedy show went live.

Throughout the night, we saw her make cameos in sketches; but she soon rocked out the crowd with a medley of “Good For You” and “Same Old Love.” However, there was no way she was leaving fans left in the cold, without performing “Hands To Myself,” which was sensual to say the least.

Take a look at both performances from the Selena Gomez x SNL experience.

Selena Gomez PERFORMS “Hands To Myself” 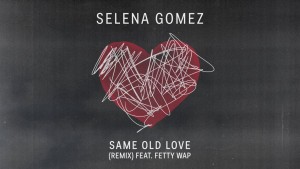