Earlier this week, Wiz Khalifa was in Los Angeles to promote his upcoming appearance for Power 106’s annual Christmas Cali event. With his brother Ty Dolla $ign’s Free TC out now in stores, Wiz touched on why he’s rocked with over the last four years and how they furthered the Taylor Gang imprint together. Before also clearing up rumors of him getting beat up, Khalifa went to confirm his Rolling Papers 2 album would indeed be releasing at some point in 2016. With his Cabin Fever 3 project set to impact your ears shortly, watch the brief interview above with the LA Leakers. 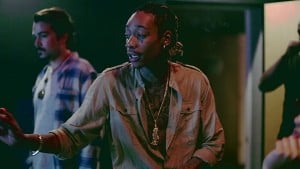