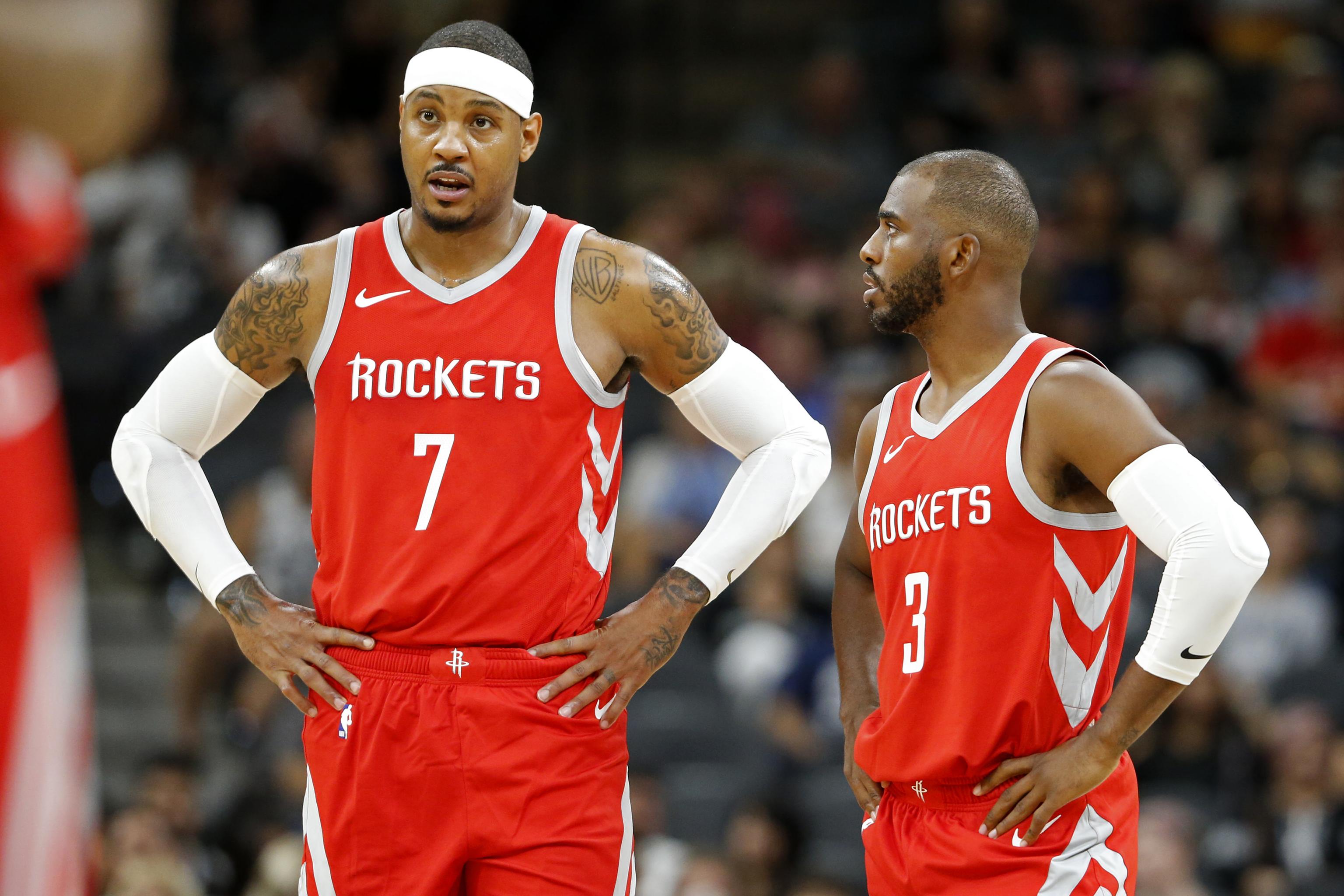 When Carmelo Anthony left the Oklahoma City Thunder to greener pastures with the Houston Rockets, nobody foresaw the tenure in H-Town to last 10 games.

When ‘Melo was released of his duties, he had a conversation with teammate Chris Paul, which was a foreshadowing of what was to come for him. According to ESPN‘s Nick Friedell and a recent conversation with Anthony, he warned CP3 about the Rockets organization and GM Daryl Morey, looking our for his friend:

“No, I wasn’t surprised at all. When my situation happened in Houston, he was the first person that I called to come to my room. And we had to clear some things up, and I wanted to know if he had anything to do with it. And that was the first thing that I wanted to know, and he told me, ‘No.’ And from that point on, I told him, looked him in his eyes and said, ‘Look, just be careful.’ You know what I mean? Just be careful. And damn sure if [the same situation] didn’t happen to him.”

Ultimately, Paul was dealt to the Thunder and finds himself in rebuilding purgatory out there.

It’s good to see Carmelo was looking out for his banana boat brother, even back then, so he knew what could be coming without being blindsided like he was.